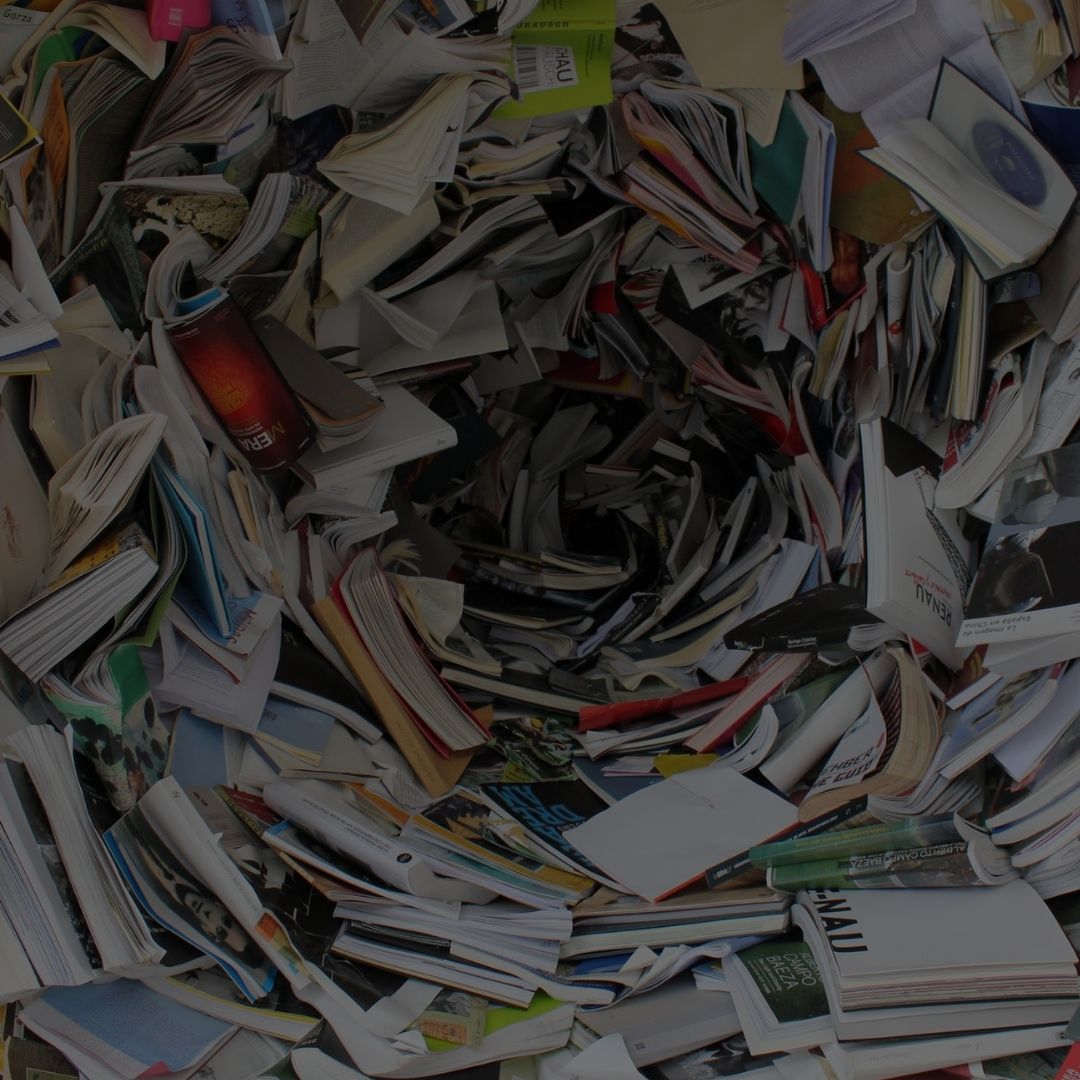 The Essentialism of Obsessive Hoarding

OCD sufferers deal with a wide range of symptoms and side effects. There’s the extreme anxiety, difficulty concentrating, poor sleep, and irritability. Some people struggle to maintain relationships, hold a steady job, and keep up with everyday responsibilities. OCD is different for everyone, and the side effects can range from mild to severely impairing.

However, one of the symptoms of OCD that isn’t often talked about is excessive hoarding. Some estimates suggest that as many as 1 in 4 OCD sufferers also have a compulsive hoarding disorder. But while people with OCD are more likely to hoard, obsessive hoarding behaviors are also seen in non-OCD sufferers. Hoarding is not mutually exclusive to OCD—it’s something that many people get pleasure from.

The Link Between OCD and Hoarding

Mental health researchers have determined that people who have OCD have increased tendencies for compulsive hoarding. Hoarding is when someone buys and keeps a lot of items, even if they have no use or value. Oftentimes, these items pile up in someone’s home and make it difficult to move around or use a room for its intended purpose.

It’s important to note that hoarding is not the same thing as collecting. Most people who collect certain things keep the items organized in their home. Hoarding, on the other hand, creates problems in a person’s daily life. It’s not something that is enjoyable or brings them pleasure.

Like other OCD symptoms, hoarding is driven by certain fears and anxieties. But hoarding-related thoughts are part of the person’s normal train of thought and are not a direct response to a specific obsession. Hoarding is also not a repetitive behavior, and it’s not a tactic people use to calm down their distressing thoughts or impulses.

There are a few reasons why OCD sufferers may be driven to hoard. Some people are afraid that something bad will happen if they throw a certain item away. Others might experience extreme distress at the thought of getting rid of an item, like a childhood toy. Hoarders struggle to get rid of even the most trivial and meaningless items, like magazines or an old piece of clothing.

Contamination can also be a concern when it comes to hoarding. Some people believe that the items on their floor are dirty, and they refuse to discard them because they’re afraid to touch the germs. In more extreme situations, some people feel compelled to purchase everything they touch in a store to keep others from coming into contact with their germs.

Like OCD in general, everyone’s hoarding tendencies are different. But in cases of severe hoarding, it’s likely that the person is living in an environment that is not safe for themselves and other people. It’s important for compulsive hoarders to get treatment for their condition and learn how to cope with their OCD symptoms.

Hoarding is More Common Than You Think

While hoarding is most commonly seen in OCD sufferers, you’d be surprised to learn that a lot of non-OCD sufferers also meet the criteria for compulsive hoarding. Data suggests that between 2-6% of the American population has a hoarding disorder that creates problems in their daily lives. It’s most common in older adults, particularly people who are 55-94 years old.

Everyone is guilty of overvaluing certain things. Some people are afraid to get rid of souvenirs or sentimental items, even if they no longer need them. Others refuse to donate brand new clothes in their closet that haven’t been worn in years. The concept of essentialism explains why overvaluing certain items is part of human nature.

Essentialism is the idea that we place a certain value on objects, activities, and people because of an invisible pleasure it brings us. It’s not only related to physical properties or aesthetics. We assign value to personal belongings based on their history, status, and assumed worth. Research shows that people get more pleasure out of those invisible properties than what’s visible to the naked eye.

Let’s look at an example. Say a 30-year-old woman still has her high school prom dress hanging up in her closet. The dress hasn’t been worn in 15 years, and it’s totally out of style. However, she struggles to part ways with the dress because of its invisible value. She hangs onto the memories she had on prom night, which makes it difficult to get rid of it. She finds significant value in the item, even though she knows she’ll never wear the dress again.

Paul Bloom is one of the leading experts on essentialism. In one study, Bloom determined that people spent more money at a celebrity auction for items that a well-liked celebrity had physical contact with. The findings also showed that bids for items owned by disliked celebrities sold for a much lower price.

Additionally, study participants reported that they would pay less money for a celebrity’s item if it was sterilized, proving that people place a higher value on items that have the invisible value of physical contact with a famous person. It’s not the physical appearance of a celebrity’s item, or where they bought it that makes them interested. The perceived value comes from knowing that an important person had some form of contact with it.

If you or someone you love struggles with OCD or compulsive hoarding, getting treatment is important. Both disorders can make it difficult for people to live a normal and healthy life. OCD and hoarding are both treatable with medication and therapy, but some people suffer from OCD that does not improve with conventional treatment.

In that case, TMS can be an effective solution. TMS, which stands for transcranial magnetic stimulation, uses electromagnetic waves to change the flow of information between neurotransmitters in the brain, which helps to alleviate obsessions, compulsions, and anxiety. TMS is an outpatient procedure that is non-invasive, and FDA approved. After a TMS session, clients can go about their normal day with no downtime.