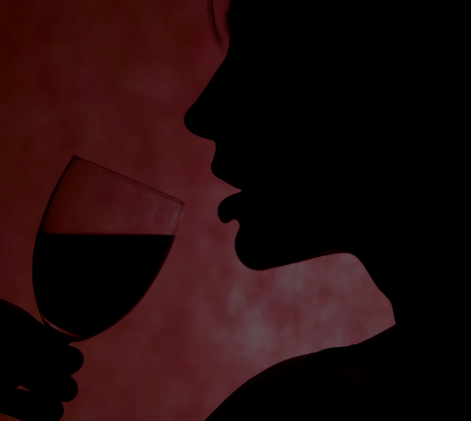 Does a Glass of Wine a Day Really Help Relieve Depression?

Depression is a prevalent mental health condition that affects thousands of Americans, but relief may come in an unexpected way—a glass of wine. Recent research has been exploring the effects of alcohol consumption on depression, and the results are surprising.

It has long been thought that drinking would only have a negative impact on mental health, but it is becoming apparent that research is finding support for having a few drinks a week to lower the risk of depression.

Our team at Pulse TMS is here to break down what this research means for people living with depression, and how it may help.

The researchers found that people who drank up to 14 units of alcohol per week—approximately 10 glasses of wine or 10 pints of beer—were less likely to suffer from depression than the non-drinkers studied. There wasn’t a difference between the lighter and heavier drinkers studied, but it was found that binge drinking did have negative effects.

Those who consumed excessive amounts of alcohol in shorter periods of time were 80% more likely to suffer from depression. In general, excessive drinkers were found to be at a higher risk for depression.

Socioeconomic and sociodemographic factors, prior depression symptoms, lifestyle factors, and previous drinking habits did not significantly impact the results of the study.

What Are the Mental Health Benefits of Drinking Alcohol?

Researchers are trying to understand just why moderate alcohol consumption can lower the risk of depression. There are a number of factors that are believed to be some of the mental health benefits of drinking.

One benefit researchers have found is that people who don’t drink may be missing out on the social aspect that often is a part of light to moderate drinking. Interacting with others can help stave off social isolation and prevent feelings of depression.

Another benefit is decreased levels of stress, self-consciousness, and tension after consuming alcohol, as well as increased levels of affective expression, happiness, conviviality, euphoria, and other positive feelings.

It’s also been found that light to moderate alcohol consumption can increase short-term memory and problem-solving, among other cognitive skills. Consuming alcohol several times a week can help keep you sharp.

In addition to the psychological benefits of alcohol, there also are other health benefits, as well. Some studies report that drinking alcohol, especially wine, has been inversely related to cardiovascular risk. Good physical health can help decrease the risk of depression and other mental health concerns.

What We Eat and Drink Can Affect Our Mental Health

You’ve probably heard the saying “You are what you eat.” As researchers are finding, your diet can significantly impact your mental health—and that includes what you drink.

Often, we think of mental health and physical health being separate, but they often are intertwined. More and more research is uncovering the benefits of nutritional therapy and diet when paired with psychotherapy ad counseling.

Additionally, your body, including your brain performs best when given a quality diet. 95% of your serotonin—the neurotransmitter that regulates sleep, appetite, moods, and pain—is manufactured in your digestive system. Knowing this, it becomes a lot clearer why depression can be affected both positively and negatively by what you consume.

What Does This Research Mean for Patients?

So how does this research affect you? Well, it may be that it could benefit you to have a glass of wine or a pint of beer with dinner a few times this week to fend off the blues. Studies show that moderate drinking can benefit cognitive and mental health. A few drinks after work or on the weekend with friends can alleviate symptoms of depression and reduce your risk for it, as well.

However, that doesn’t mean that alcohol is the best option for treating depression, especially since too much or too little alcohol has also been linked to worsening depression.

It also is important to remember that some medications, including several anti-depressants, should not be mixed with alcohol. Talk to your doctor about any dietary changes you may wish to make and ensure that it is a healthy choice for your body and lifestyle.

Depression is a serious concern for many, but finding the right treatment can be a struggle. Medications are lifesaving for some, while they are not a good fit for other people. Your needs are unique, and your mental health treatment should fit you.

If you or a loved one struggles with depression, there are many treatment options available, including drug-free transcranial magnetic stimulation (TMS). This revolutionary depression treatment uses magnetic waves to stimulate brain activity and change the way your brain functions to treat depression.

Want to learn if TMS treatments are right for you? Our team at Pulse TMS is here to help. We’ll create a personalized treatment plan to address your depression, without interfering with your day-to-day life.

Find out more about TMS. Contact our office to schedule an appointment today.