A Professionals Guide to Understanding TMS Treatment for OCD

Obsessive Compulsive Disorder (OCD) is a serious psychological issue that affects people of all demographics and socio-economic classes. OCD is an adverse neurological condition, affecting millions of men, women, and children worldwide. The disorder can be so disruptive if left untreated that it is in the top 20 causes of illness-related disabilities worldwide. Untreated OCD can lead to physical illness, and also cause depression and severe anxiety.

How Does Someone Develop OCD and Who is Most At-Risk?

A combination of neurobiological, genetic, behavioral, environmental, and cognitive factors all influence the onset of OCD in vulnerable individuals. Recent studies on brain images of people with and without OCD indicate that OCD symptoms are a malfunction in communication signals between different areas of the brain. The areas most significantly affected are the orbitofrontal cortex, the anterior cingulate cortex, the thalamus, and the striatum. The neurotransmitters that send messages to these parts of the brain are also different in people with OCD. Dopamine, serotonin, and glutamate are all affected. Traumatic brain injuries have been found to trigger OCD in some cases. Also, behavioral theorists suggest that people with OCD exhibit faulty belief systems that may contribute to the excessiveness of their compulsions. People who exhibit perfectionist behaviors, over-inflated levels of responsibility, and an intolerance for uncertainty are at higher risk of developing the disorder. Genetics also play a role in the development of OCD. Variations in gene mutations and other genetic components can trigger the disorder. 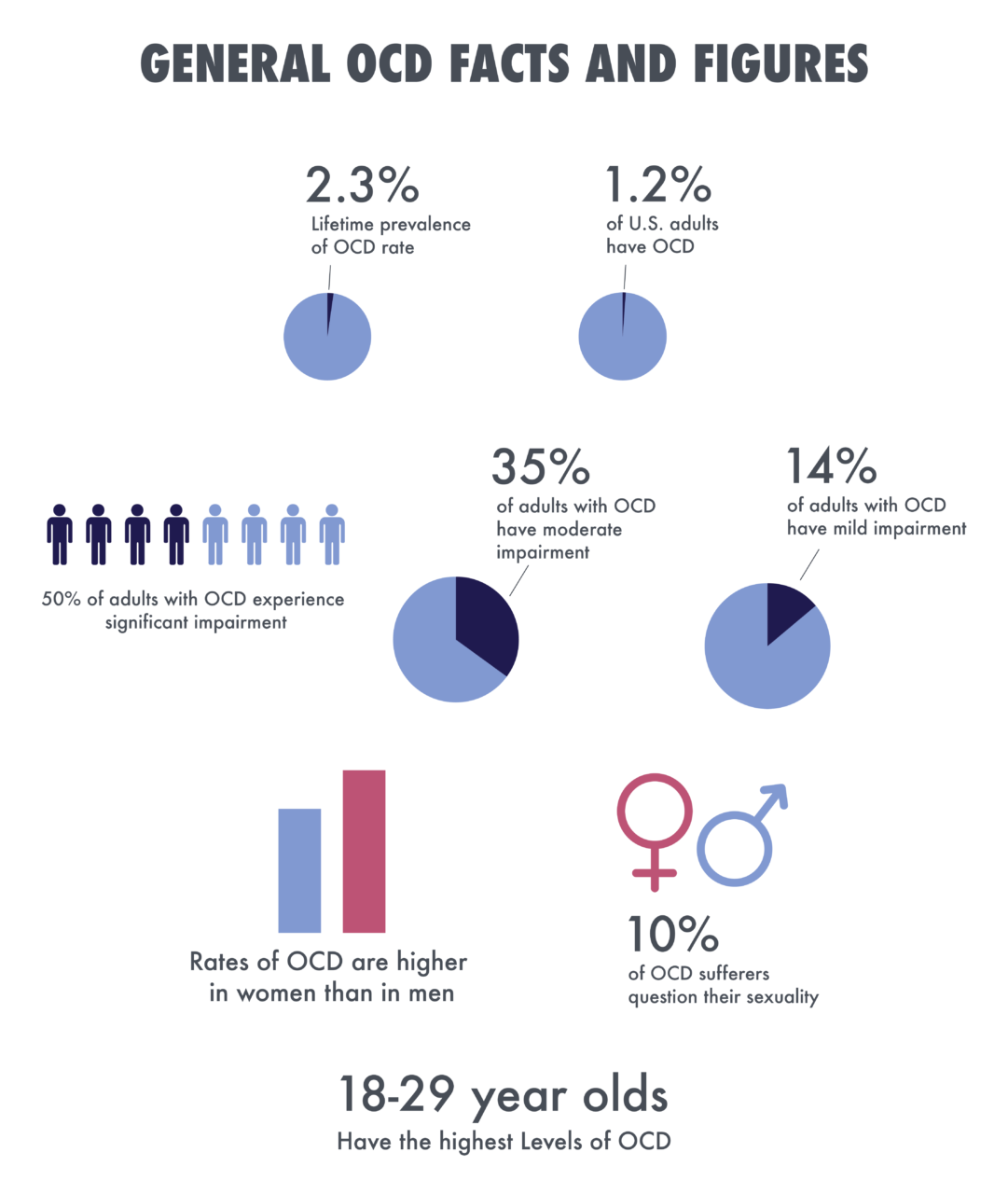 How is OCD treated?

OCD sufferers who haven’t been able to find a medication that is effective for them have found success with deep brain stimulation therapies, such as transcranial magnetic stimulation (TMS).

TMS uses an unobtrusive, powerful magnet to change the activity in certain, targeted areas of the brain. TMS helps to change the flow of information between neurotransmitters and neural pathways to alleviate obsessions, compulsions, and anxiety in OCD sufferers. TMS enables patients to live healthy and functional lives free of intrusive and distressing thoughts.

TMS treatment is an outpatient procedure that only takes about an hour to perform. Patients are awake during the procedure and can return to work and their normal activities soon after the session is completed. Sessions take place Monday through Friday from anywhere between three and six weeks depending on the severity of the patient’s OCD.

Studies indicate that most patients see an improvement in functioning and reduction in distressing symptoms after four weeks of TMS treatment. For most, improvements hold for up to four months. Not only do most TMS patients see a reduction in OCD symptoms, but they also experience a decrease in anxiety and depression symptoms as well.

Cognitive behavioral therapy and family therapy are effective at helping OCD patients and their loved ones develop healthy ways of minimizing the impact of obsessions and compulsions. CBT is effective for assisting individuals with ways to recognize and cope with OCD triggers. People who suffer from OCD usually do well with a combination of medication and therapy. SRIs and therapy are also effective at treating other issues associated with OCD, such as anxiety, panic attacks, and depression.

Left untreated, OCD can get worse. The symptoms can also lead to more serious mental health issues and physical side effects due to compulsions. Although OCD is a serious disorder, the condition responds well to a range of different treatment methods. For people who suffer from the condition, numerous foundations and organizations are dedicated to studying and treating OCD.

As mental health professionals, we are constantly trying to stay up to date as technology in the field advances. The benefits of Transcranial Magnetic Stimulation continue to unfold and we must take advantage of what is available to help our clients. Obsessive-compulsive disorder is now ready to be conquered using TMS. This process has been rigorously tested and is now approved by the FDA for treating OCD. 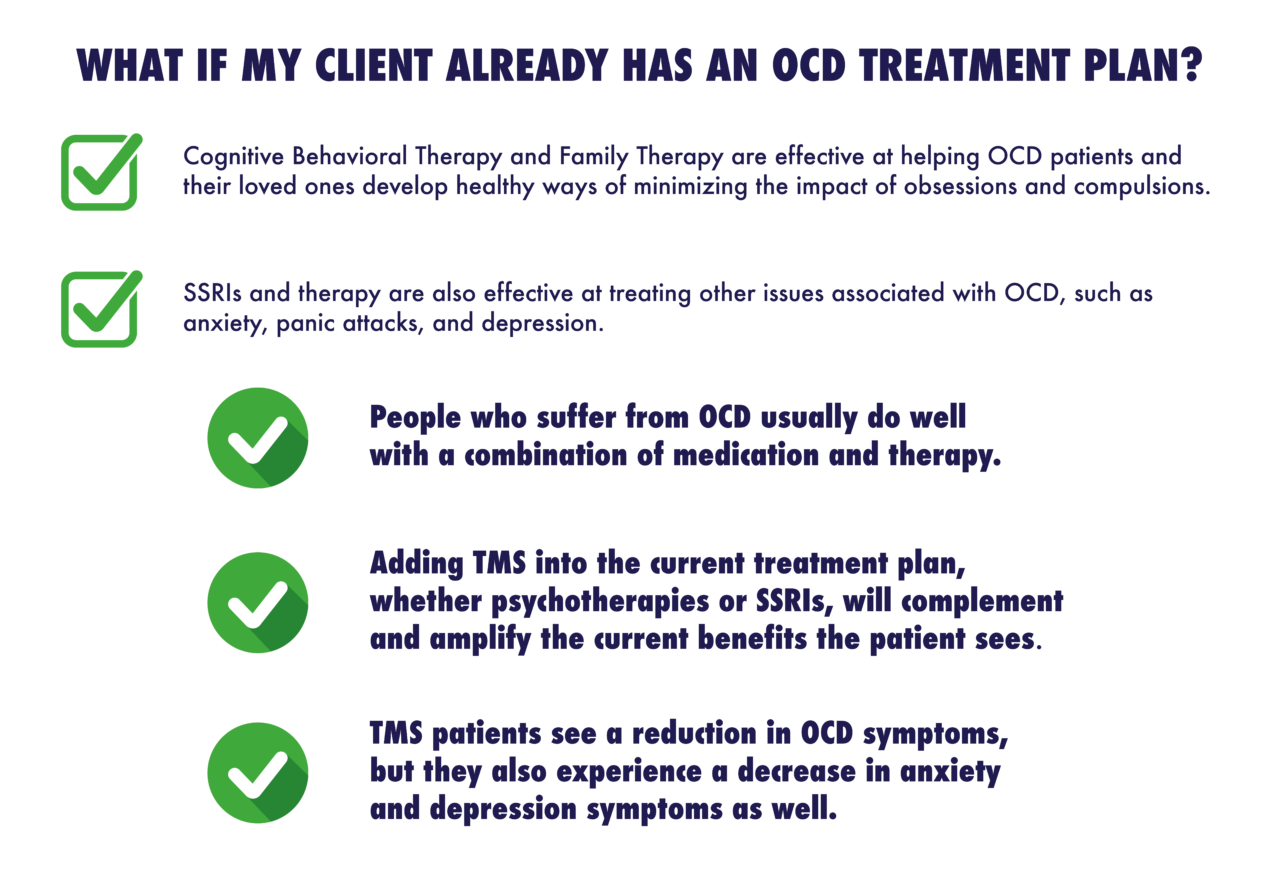 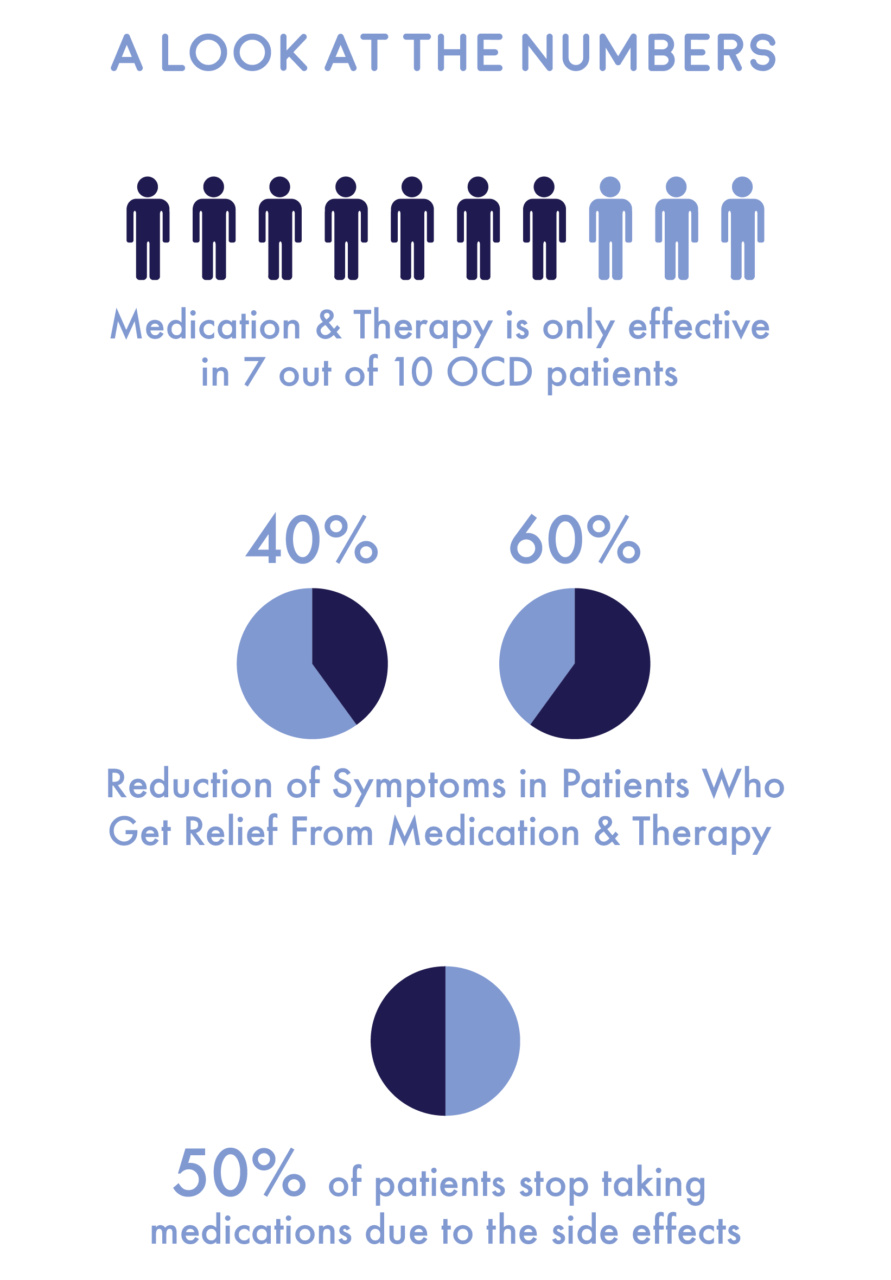