What are the Signs and Symptoms of Mild Depression and How is it Treated?

Depression is one of the most common mental health conditions in the world and is one of the leading causes of disability. Like most mental health conditions, depression is chronic and lifelong. Although it is a debilitating disorder, there are many effective treatment methods for depression. Depression affects up to 7.1% of adults in the U.S. each year, and several different types of depressive disorders are listed in the current DSM V. For treatment to be the most effective, plans must be customized to the individual and the specific kind of depression they have. This article will focus on mild depression, and how failing to address and treat the symptoms early can worsen symptoms and significantly impact a patient’s quality of life.

What is mild depression?

When someone experiences a mild, low-grade episode of depression, the symptoms can be subtle enough that the patient doesn’t realize that what they’re experiencing are signs of the clinical mood disorder dysthymia.

They may mistakenly believe that their long-term feelings of sadness and displays of low mood and energy are normal parts of their personality. But what patients and their loved ones need to realize in order to seek treatment is that feeling down, sad, negative, and fatigued all of the time is not a normal part of life.

While it’s true that everyone will experience sadness and depressive symptoms after a distressing event, the constant, persistent sadness present in mild depression is cause for concern and necessitates intervention. 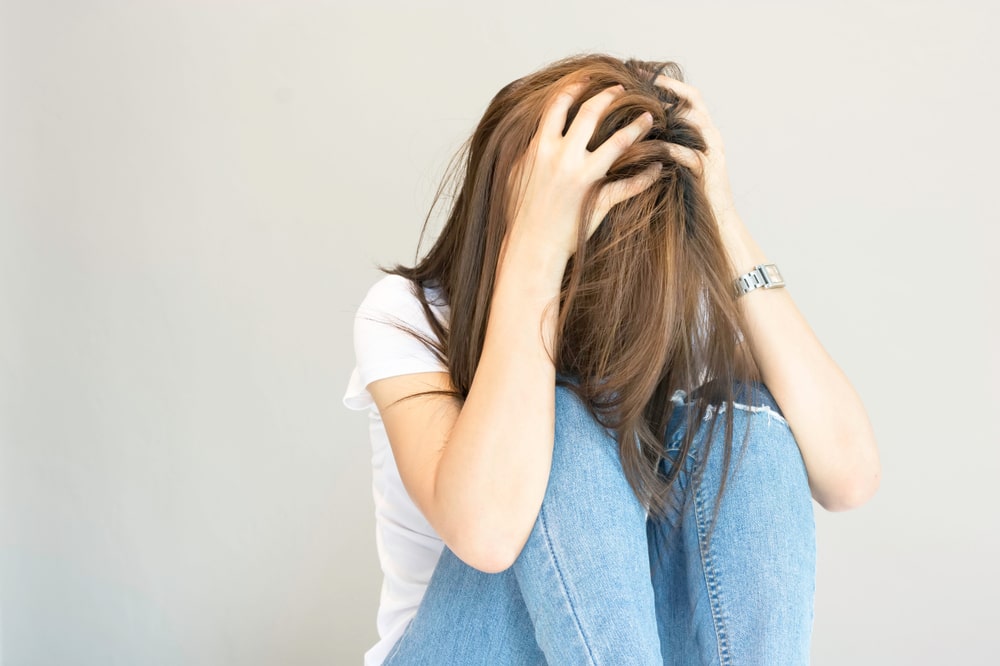 What are the symptoms of mild depression?

There is no single known cause of depression, but researchers believe that a multitude of factors can increase a person’s risk of developing the disorder. A combination of genetic factors, stress, trauma, environmental circumstances, and biochemical imbalances can all influence the manifestation of symptoms. Researchers have also found that the majority of patients with dysthymia or mild depression have other co-occurring disorders and illnesses that often complicate the primary trigger for the disorder. Patients usually present with other chronic physical or mental health conditions, including substance use disorder. When it comes to mild depression, it is difficult for doctors to determine if the condition would exist without the other complicating factors. It’s critical for doctors and therapists to effectively treat mild depression and any co-occurring disorders simultaneously for best results. The co-occurring diagnosis will often worsen depression symptoms, or depression symptoms will worsen the co-occurring illness.

How is mild depression diagnosed?

It’s not easy to determine when a person is suffering from dysthymia. There is no blood test or imaging scan that give doctors a definitive clue that the patient has mild depression. The presence of co-occurring disorder can also make getting an accurate diagnosis more difficult. When it comes to diagnosing any depressive disorder, including mild depression, clinicians go by symptoms. The doctor will make a diagnosis based on the length of time symptoms have been present, and also based on whether or not the symptoms are less severe than those present in major clinical depression. Also, doctors must rule-out physical disorders that can mimic the symptoms of mild depression. Those often include hypothyroidism, diabetes, and chronic fatigue syndrome. Usually, blood and urine tests can rule out these conditions.

Can mild depression get worse if left untreated?

How is mild depression treated?

There are many effective ways to treat depression. Although it is a chronic disease, people find relief from symptoms with a combination of medication, talk therapy, lifestyle changes, and in some cases, deep brain stimulation techniques like TMS. Patients with mild depression usually respond favorably to just talk therapy, medication, or a combination of the two. Patients with persistent symptoms that don’t go away with medication or talk therapy can benefit from transcranial magnetic stimulation.

How can TMS help people with mild depression?

Not everyone will respond favorably to medication or therapy for depression symptoms. In some cases, they will need a treatment method that specifically targets areas of the brain thought to influence the symptoms of depression. Research on the efficacy of TMS therapy has found that depressed patients see a rapid alleviation of symptoms with TMS alone or TMS in combination with talk therapy. TMS treatment is also highly effective for managing the disorder long-term and helps patients achieve remission of symptoms. TMS is useful for treating acute episodes of mild depression as well as preventing symptoms from recurring.

Are you or a loved one living with the symptoms of mild depression? Feeling persistently sad and tired isn’t an inevitability, and there is hope. The caring doctors at Pulse TMS have helped hundreds of dysthymia patients find relief from painful depression symptoms. Technicians are standing by. Please contact Pulse TMS today to learn more about how TMS can help you manage depression.