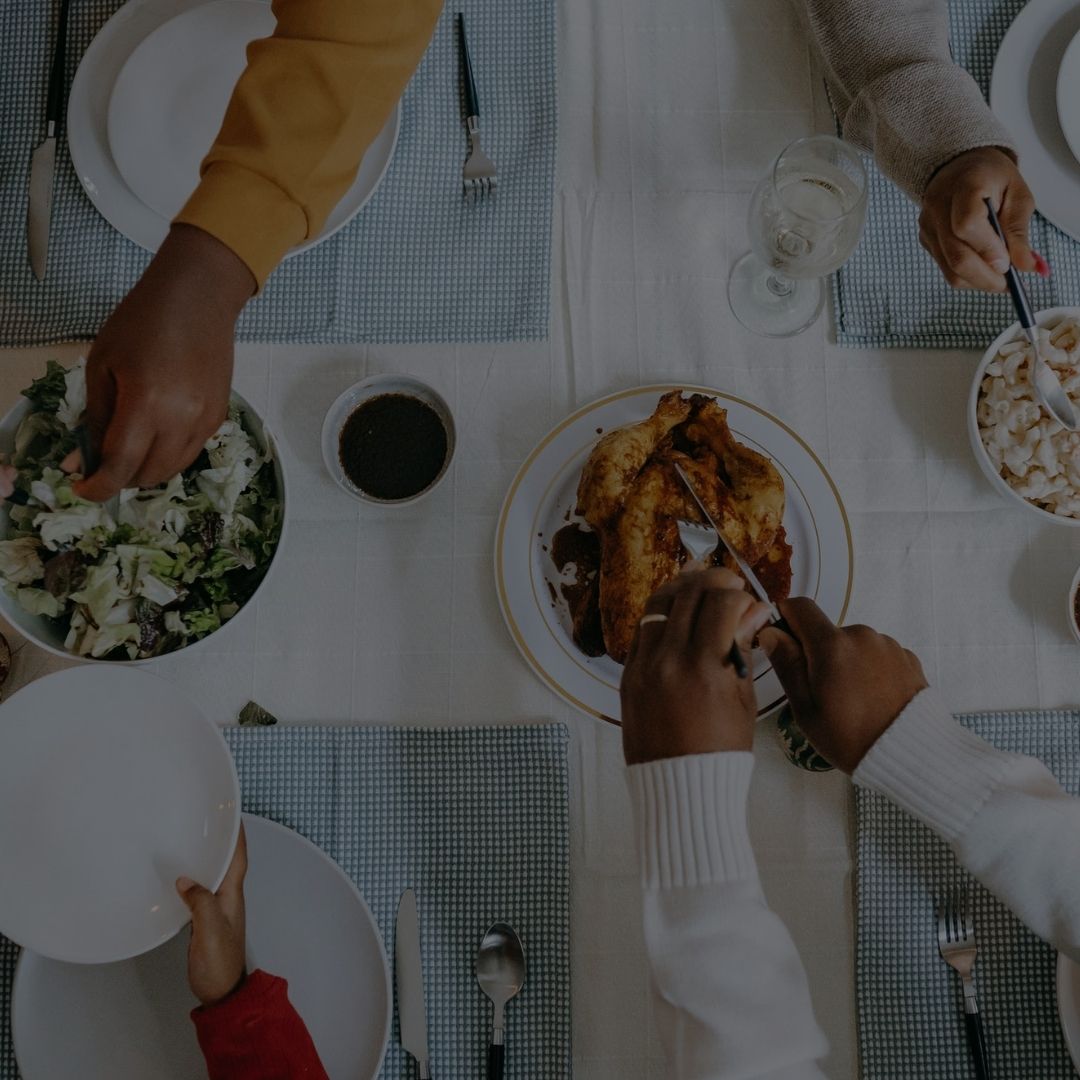 How to Avoid Depressive Eating on Thanksgiving

Many people will say that Thanksgiving is their favorite holiday. Every year, they look forward to feasting on turkey and pumpkin pie as well as spending quality time with friends and family. Thanksgiving is supposed to be a time of gratitude, connection, and even relaxation. However, people who struggle with depression may have a difficult time coping with the holiday.

Depression is often linked to overeating. Because Thanksgiving revolves largely around food, it can be a serious trigger for people who are depressed. But if you’re someone who suffers from depression, it’s possible to have a healthy Thanksgiving celebration without overeating to cope with your emotions.

One of the most common signs of depression is appetite changes, specifically overeating. With Thanksgiving fast approaching, this is something to be mindful of. Even if you don’t currently deal with overeating issues, it could come up during your Thanksgiving celebration.

We live in a world that is dominated by unhealthy food. Not only is junk food easy to get, but it’s also often much cheaper than more nutritious options. Eating junk food makes you feel good at the moment. For someone with depression, eating junk food is a quick way to numb their depressive symptoms, like sadness or irritability.

There’s a neurological reason why people often turn to food when they are depressed. When you eat something—particularly food that is sugary, salty, or fatty—it activates the brain’s reward system, which then releases dopamine. Dopamine is one of the neurotransmitters that is responsible for feelings of pleasure.

When you eat delicious food, it makes you feel happier on a biological level. It’s not just your taste buds that crave things like cake, cookies, french fries, or mashed potatoes. Eating those types of foods has a significant impact on the brain, and over time, indulging in certain foods can lead to an eating disorder. It becomes harder for the brain to feel pleasure without junk food.

During Thanksgiving, you might be tempted to overindulge in things like pumpkin pie and mashed potatoes. However, know that eating those foods will only temporarily numb your depressive symptoms. And if you overeat to the point where you’re uncomfortably full, it will probably make you feel worse overall.

Eating disorders have also been linked to obsessive compulsive disorder (OCD). Data shows that people who have been diagnosed with an eating disorder are between 10-69% more likely to develop OCD at some point during their lifetime.

Tips for Coping With Depression Without Overeating

Managing depression symptoms can be very challenging. However, there are plenty of ways to cope with depression that don’t involve overeating. When you learn how to manage your depression in a healthy way, you’ll be less tempted to overeat during your Thanksgiving celebration, and in your everyday life.

Before your Thanksgiving meal, ask your friends or family members to join you on a walk, hike, or run to get some fresh air and movement. Exercise has been proven to help reduce depressive symptoms. One study found that eight weeks of moderate exercise helped alleviate major depression symptoms by roughly 55%. Even light stretching was found to reduce symptoms by about 31% over the same period. When you exercise, your brain releases feel-good endorphins that lift your mood and improve energy.

Mindfulness and meditation are great ways to combat depression symptoms and help clear your mind. If you’re worried about overeating during Thanksgiving, try meditating the morning of your celebration. Explore the root cause of your worry and use techniques to reframe your mindset. In the spirit of Thanksgiving, consider starting a gratitude practice where you take the time to recognize and appreciate the blessings in your life. During your Thanksgiving celebration, encourage your friends and family to express their gratitude and reflect on all the positive things in their life.

Some people who suffer from depression are triggered by people and places. If your close family members trigger your disorder and your urge to overeat, consider spending Thanksgiving with friends or people who you feel comfortable around. When you feel happy and at ease, you’ll be less likely to overeat as a way to cope with your depression symptoms. Thanksgiving is a special time, and it should be spent with people who support you, and care about your mental wellbeing.

Thanksgiving only happens once a year. It’s a special occasion that is all about togetherness and gratitude. Instead of focusing so much on the food, slow down and savor the moment. Catch up with people you haven’t seen in a while, offer to help in the kitchen, and take in the experience of it all. Thanksgiving is associated with good food, but it’s not an occasion for eating. When you associate Thanksgiving with your loved ones and not just food, you’ll feel less inclined to overeat.

Treatment for Depression and OCD

Most people who suffer from depression and OCD find that medication, therapy, and lifestyle changes can help them manage their symptoms. But for some people, traditional treatments don’t work. If you are dealing with treatment-resistant depression or OCD, TMS therapy might be a good option.

TMS, which stands for transcranial magnetic stimulation, uses electromagnetic waves to activate areas of the brain that are dormant in people with depression and OCD. Each TMS session lasts about 18 minutes, and most people start to see results in just a few weeks of treatment. TMS is FDA-approved and there is no downtime after a treatment session.