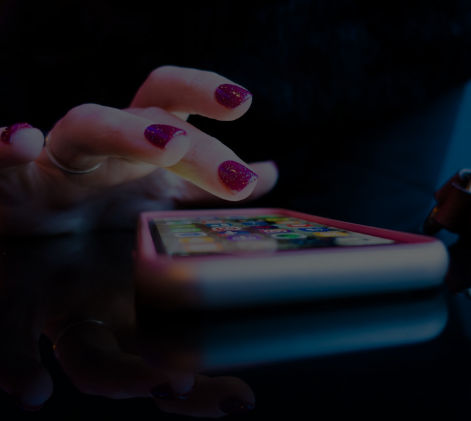 Depression is one of the most common mental illnesses in the US, affecting an estimated 20 million Americans ranging from teens to the elderly.  Many seek treatment through therapy; others may use antidepressant medications to help get a handle on their symptoms.  As our knowledge of the brain and our technical ability improves, scientists have discovered new methods of treating the brain that don’t involve drugs at all.  If you’re looking for options beyond the traditional combination of talk therapy and SSRIs, here are some of the newest ways scientists are fighting depression.

With video chat now available from every smartphone and most computers, healthcare providers have created digital clinics where help is just a button’s press away.  Many of these programs have been approved by insurance providers, giving patients new ways to access care.  Online platforms boast longer visits, higher levels of convenience, and even more privacy as patients can access help for most conditions from their own home.

Smartphone app makers have also capitalized on the fact that Americans spend so much time on their phone.  Thousands of mental health focused apps are available for free or for low prices for anyone with an Apple or Android phone.  However, unlike the services mentioned above, these apps may not be connected to any specific treatment group—or even created by medical professionals.  They have an extremely limited scope in comparison.  But, many users find them useful for:

Though you should never take medical advice from an app instead of a doctor, these apps can be a good way to reach those who wouldn’t otherwise have access to mental health care or those who support help that extends beyond their appointments.

TMS is the grown-up version of Electroshock Therapy (ECT) which introduced electricity directly into the brain to treat mental illness.  ECT is used very rarely now, but TMS has only just started to grow.  Rather than using electricity to trigger changes in the brain, TMS uses a magnetic field that creates electricity when reacting with neurons.

TMS is also a more specialized therapy that targets only the small portion of the brain that’s been associated with mood regulation.  Brain scans have shown that the prefrontal cortex is less active in those with depression.  TMS aims to reactivate these cells and boost activity among them.  As a bonus, when these cells are activated anyone using antidepressants may see a stronger impact on their mood and other symptoms.  For the individuals who don’t see any benefits from these medications, TMS may be the answer to finally beating symptoms.

Your vagus nerves carry information between your body and the parts of your brain that impact factors such as mood and sleep and that are comprised by depression.  VNS takes advantage of your left vagus nerve to reach this part of the brain.

After a VNS device is implanted, patients receive repeated (but gentle) pulses of electricity directly to the nerve.  Originally a treatment for epilepsy, doctors noticed a correlation between mood and VNS therapy and explored the connection more deeply.  The introduction of electricity into the brain helps increase the same chemicals that many antidepressant drugs target: serotonin and norepinephrine.

VNS does not produce results as quickly as TMS, nor is it designed to be used as a solitary treatment for depression.  After a few months of regular stimulation of the vagus nerve, patients may begin to see improvement.  The technique helps around 30% of the depressed patients who have added it to their treatment toolbox..

Like VNS, DBS relies on stimulating the brain through implanted electricity generators.  However, in DBS, these generators are hooked directly to electrodes that have been implanted in a patient’s brain.  DBS therefore requires two surgical procedures: one to implant the generators, and brain surgery to add the electrodes to the parts of the brain that affect mood.

With DBS treatment, there are no pulses of electricity—the stimulation is constant.  The treatment was created to help Parkinson’s patients regain control over their movements and has since been adapted to mental illnesses including OCD and depression.  There have been very few studies on the technique as used specifically for depression, so it is still considered an experimental therapy.

Biofeedback treatment builds off your body’s natural tendencies and capabilities to help patients build depression-fighting habits.  High-tech monitors help track bodily functions such as heart rate, frequency of breaths, and tension in your muscles.  All of these factors can be influenced by the patient’s own actions, and the sensor guides them as they combat problematic physiological reactions to depression or other mental illnesses.

Neurofeedback uses our knowledge of how depression affects the brain to help patients actively fight back against it.  As with biofeedback, mechanisms to alter neurological functions can be consciously performed.  Real-time MRI monitoring allows doctors to spot potential problem areas and help patients change thought patterns that may contribute to their mental illness.

Neurofeedback is sometimes used along with electroencephalography (EEG) or magnetoencephalography (MEG), which work the same way as the brain stimulating methods used treatments like TMS.  Though an imprecise science, doctors can target a spot on the scalp to induce electricity or magnetic waves, aiming for areas where they see irregularities in brain function.  EEG and MEG are less invasive than methods like VNS or DBS, but they also lack the precise targeting that those methods allow.

Is the Best Yet to Come?

There have been few advances in antidepressant medications over the past few years, but scientists are honing techniques like TMS and testing new ways of stimulating depressed brains to help manage symptoms.  At Pulse TMS, we keep up with the latest in mental health science so we can continue to give our patients the best care possible.  If you’re curious about whether TMS might be the right choice for you, reach out or continue to browse our site for the information and resources you need to make an informed decision.