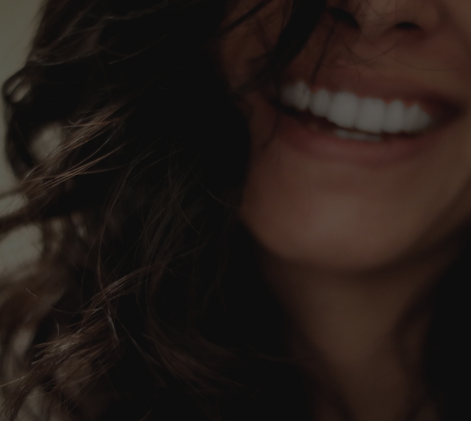 How TMS Can Work Alongside Your Antidepressant Medications

TMS isn’t just for those who don’t respond to antidepressant medications.

Transcranial Magnetic Stimulation (TMS) is a scientifically-proven way to help treat depression, OCD, and PTSD.  Many people with these and other mental disorders are already pursuing treatment through other avenues.  That doesn’t necessarily mean you can’t also benefit from TMS.  In fact, studies have shown that using TMS in concert with antidepressant medications tends to increase their effects.

There are many ways to tackle depression through medication, and you’ve likely tried one or more pharmaceutical solutions if you’re reading this blog.  It’s not just the brand names on these drugs that are different.  Antidepressants fall into three classes, and each class has many different drugs.  Here are some of the most common medications that can be used alongside TMS to improve depression outcomes.

SSRIs help fight depression by boosting levels of serotonin, a chemical that affects your mood.  Your body makes serotonin on its own to carry messages to other parts of your brain, but once the message has been delivered, your brain will typically re-absorb the molecules.  SSRIs prevent this last step to help keep more serotonin active in your brain.  They include:

SNRIs work in a similar manner to SSRIs—the only difference being the chemicals targeted.  SNRIs are newer than SSRIs and, though quite similar, may work where SSRIs do not.  Norepinephrine, the second chemical targeted by this class of drugs, is one of your stress hormones but has also been linked to depression.  It also transmits nerve pains, so SNRIs may be helpful in cases of chronic pain as well.  Common SNRIs include:

You’ve probably heard of dopamine, your brain’s “happy chemical” that’s released when you fall in love (you can also trigger it with exercise). Dopamine has also been linked to motivation because that burst of happiness you get when you do something good (go for a jog, eat your favorite food) compels you to repeat that action.  Though this can be dangerous when dopamine spikes are caused by substance use, the chemical is a big part of enjoyment when it comes to every day life.  There is only one NDRI on the market right now:

You may be taking just one or a combination of these drugs to help treat your depression (some are also used to treat anxiety).

Depression can manifest in many ways, affecting your mood (you may experience sadness, mood swings, or lack of feeling) and self-image.  You may also notice a lack of energy and an increase in fatigue both physically and mentally—your brain may feel fuzzy, and concentration and memory often take a hit.  Depression can also affect your eating patterns, causing a low appetite or triggering over-eating.  And, you may have trouble falling asleep or trouble waking up in the mornings.

Because antidepressants focus on brain chemistry rather than certain symptoms, successful treatment will address the effects that depression has had on you.  Some of the most common improvements people see when starting antidepressants are:

Unfortunately, sometimes antidepressants don’t treat all symptoms of the disease or have limited effects.  Your psychiatrist may add medications to your regimen or switch your prescriptions to improve your treatment.  If you’re still experiencing symptoms of depression despite heavy treatment, or dealing with difficult side effects you’d like to leave behind, you may be a good candidate for TMS.

Adding TMS to Your Treatment Schedule

TMS is often used for patients with treatment-resistant depression, who have tried one or more medications and seen no improvement.  However, it is also a viable treatment option for patients who have had some success with antidepressant drugs.

Though it’s not as easy as taking a pill in the morning, TMS treatments are noninvasive and fairly quick.  A session only lasts for 18 minutes, and most patients begin to see improvement within 4-5 weeks of beginning treatment.  When paired with successful medication, TMS can help decrease the symptoms of depression further, improving the lives of patients who combine the two therapies.

In more good news, TMS does not come with the same side effects as many antidepressant medications, nor does it amplify any you may experience.  You should still talk to your psychiatrist before seeking TMS treatment, and be sure to share information about the medications you are taking before beginning TMS.

Why Does TMS Help?

Most antidepressants work through managing your brain chemistry, selectively blocking the reuptake of certain chemicals to increase their levels in your brain.  TMS doesn’t target the chemicals directly; it focuses on your brain cells themselves, stimulating neurons to increase activity.

Serotonin, norepinephrine, and dopamine act on neurons, and TMS specifically targets parts of the brain that are linked to your mood.  More activity in this area partnered with an increase of the chemicals that can make you happier, motivated, and more alert leads to better moods and more stability.

Find the Best Depression Treatment for You

On your worst days, beating depression may seem impossible, especially if your medication has not provided the lasting results you want.  TMS is another tool that can help you recover your energy, joy, and excitement for your future.  Depression comes in many forms and happens for many reasons (or for no reason at all).  It’s nothing to be ashamed of—and it’s not something you have to face alone.  Seeking out treatment that includes therapy, antidepressants, TMS, or a combination of the three can help you change your life.