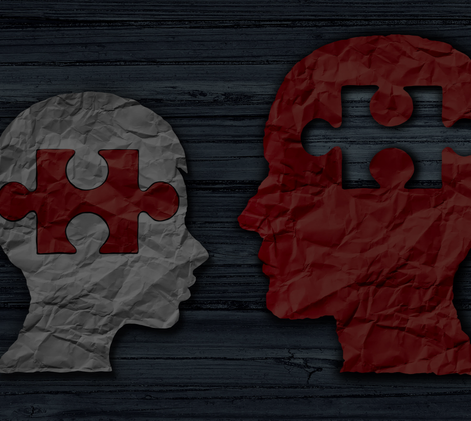 Depression (major depressive disorder or clinical depression) is a common but serious mood disorder that affects 19 million Americans annually (and 350 million worldwide). It causes severe symptoms that affect how you feel, think, and handle daily activities, such as sleeping, eating, or working. To be diagnosed with depression, the symptoms must be present for at least two weeks.

Persistent depressive disorder –  a depressed mood that lasts for at least two years.

Psychotic depression – occurs when a person has severe depression plus some form of psychosis.

Seasonal affective disorder – is characterized by the onset of depression during the winter months, when there is less natural sunlight.

Bipolar disorder – is different from depression, but it is included in this list because, someone with bipolar disorder experiences episodes of extremely low moods that meet the criteria for major depression (called “bipolar depression”).

According to the Centers for Disease Control and Prevention (CDC), suicide is now the country’s 10th leading cause of death and is one of only three causes of death (the others being Alzheimer’s and drug overdoses) that are increasing. They go on to report that trends in suicide at the state level (from 1999-2016) have increased in virtually all states. In half of the states, the CDC shows that the rate of suicide has risen more than 30%. Indeed, suicide rates have grown almost twice as quickly nationally as they have in California.

One of the reason it’s so important to be an advocate for depression education is that so many people who suffer from it don’t report it. In fact, according to the LA Times, CDC officials said that 54% percent of those who committed suicide did not have a known diagnosed mental health condition at the time of their death. The silver lining to this tragic cloud is that suicide is very rare among those with chronic depression.

The Rand Corporation has also released some interesting facts on suicide in California.

October is now known for hosting National Depression Education and Awareness Month, making it a perfect time to either reach out, get help, and get educated. And sometimes, in order to get help, you have to try things you’ve never tried before – like Transcranial Magnetic Stimulation (TMS). According to Harvard, between 50% to 60% of people suffering depression who have tried – and failed – to receive benefit from medications experience a “clinically meaningful response” with transcranial magnetic stimulation.

Roughly one-third of these people experience a complete remission, meaning that their symptoms go away completely. And while it might not be permanent, follow-up treatments will help keep those symptoms away for longer periods of time.

What You Should Teach About Depression

People who don’t suffer from depression don’t understand it and can be dismissive. Some things you can educate them about include:

How You Can Help Yourself or Your Loved One Struggling

There are some simple and even fun ways to help those you love who are struggling with depression. You can clean their place, cook them a meal (or two), run errands with them, offer them a lift, help them stay distracted, accompany them to the doctor or psychologist, offer them a place to stay, make them a care package, or offer to babysit or petsit so they can get out.

If you or someone you know is feeling suicidal, call the National Suicide Prevention Lifeline: (800) 273-8255.