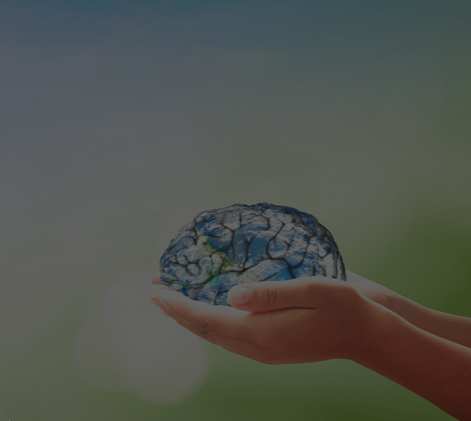 Worldwide, 10-20% of children and adolescents experience mental disorders. Neuropsychiatric conditions are the leading cause of disability in young people in all regions. If untreated, these conditions severely influence children’s development, their educational attainments and their potential to live fulfilling and productive lives.

Tragically, America is one of the most depressed countries in the world. According to a report from the World Health Organization, in terms of quality years of life lost due to disability or death – a public health metric that is used to measure the overall burden of disease – America ranked third for unipolar depressive disorders, just after India and China.  The list is rounded out after America with, in descending order, Russia, Brazil, Indonesia, Pakistan, Bangladesh, Nigeria, and Germany.

Looking at just a one year period, the Atlantic reports a staggering 27% of US adults will experience a form of mental health disorder. In fact over an entire lifetime, the average American has a 47.4% chance of having a form of mental health disorder – or almost one in two people. And that’s not even taking into account eating disorders, personality disorders, and schizophrenia.

According to Mental Health America:

* 11.01% of youth (age 12-17) report suffering from at least one major depressive episode (MDE) in the past year. Major Depression is marked by significant and pervasive feelings of sadness that are associated with suicidal thoughts and impair a young person’s ability to concentrate or engage in normal activities.

* 7.4% of youth (or 1.8 million youth) experienced severe depression. These youth experienced very serious interference in school, home and in relationships.

* 5.13% of youth in America report having a substance use or an alcohol problem.

* 64.1% of youth with major depression do not receive any mental health treatment.

That means that 6 out of 10 young people who have depression and who are most at risk of suicidal thoughts, difficulty in school, and difficulty in relationships with others do not get the treatment needed to support them.

Our youth in America need help. According to the Mayo Clinic, symptoms include:

The causes of teen depression are wide-ranging and while we may not know the exact cause in each case, a multitude of issues can be involved, including:

Furthermore, there are risk factors that can impact a younger person’s mind. They include:

At the end of the day, youth are more susceptible to depression because their brains are still in a state of flux and not yet fully matured. Other factors involved include:

There is help, however – very real help. Transcranial Magnetic Stimulation (TMS) is being proved, time and time again, to help people of all ages who suffer from major depression.  The efficacy rates are simply astonishing; over 3,500 papers have been published about TMS. One report discovered that TMS aided people who had treatment-resistant depression. They saw a 58% positive response rate and a 37% remissions rate. Another trial in 2010 showed that TMS led to a 14% remission rate compared to 5% without it. A second phase of the trial allowed all patients – including those who’d received placebo versions of TMS – to receive proper TMS and, astonishingly, remission rates rose to almost 30%. Of the patients who’ve claimed improvement from TMS, most state the benefits are still there three years later – and there are many people backing this up.

So for World Mental Health Day take a step back to look at the bigger picture. There are thousands of young people suffering from various forms of mental illness but there are treatments to help and, just as importantly, stigmas to destroy so they can get that help.

« Can I get TMS Treatment if I Have a Physical Disability? Why Educating on Depression is Important in 2018 & How You Can Be an Advocate »