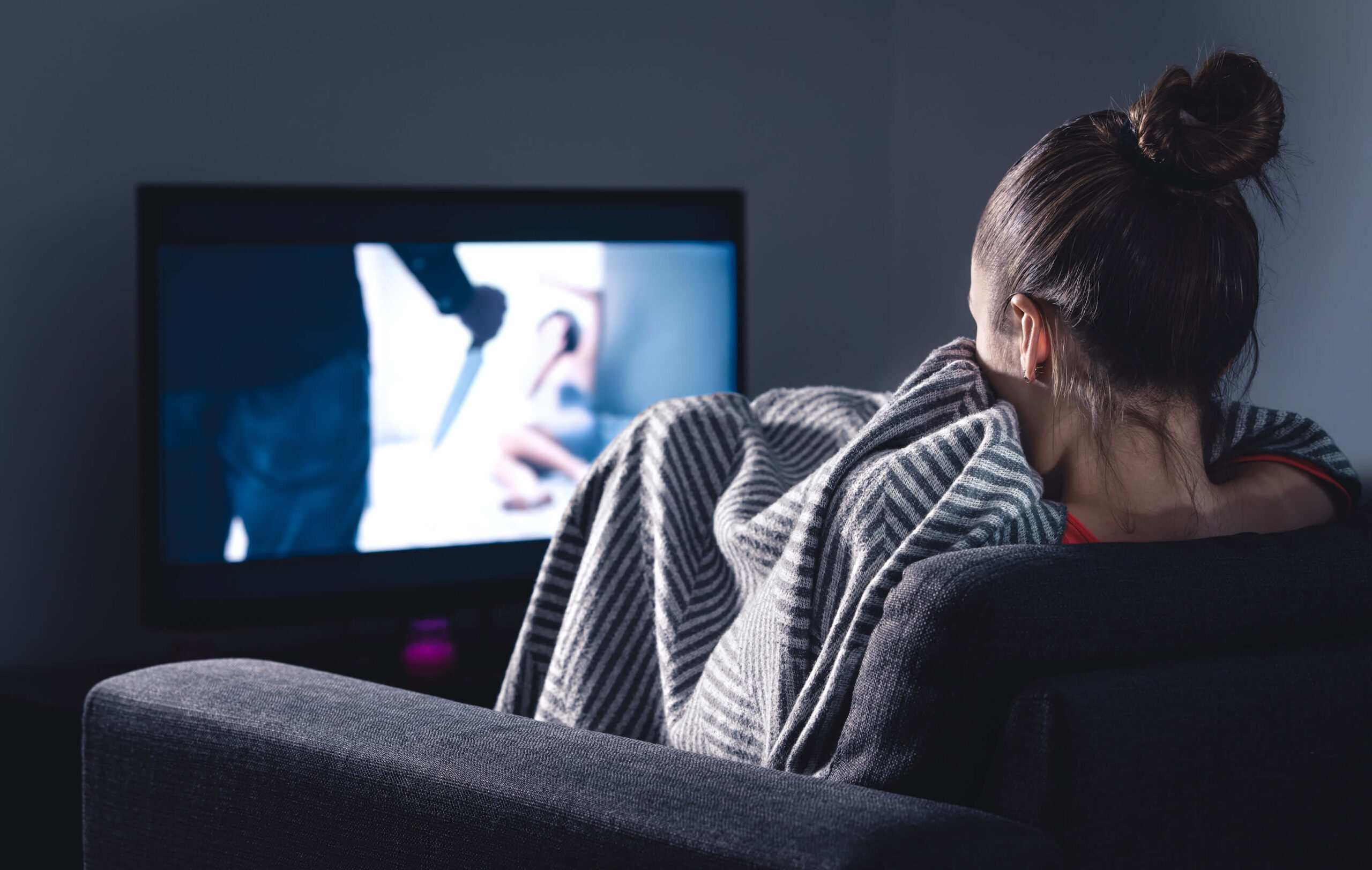 Is There A Link Between Watching Scary Movies And Anxiety?

As we make the transition into the Halloween season, scary movies are all around us. New thrillers come to the movie theaters, and major television networks run horror films around the clock. While this may be a celebrated time of year for many, for those who live with anxiety, Halloween movies may not be a favorite pastime. So, can watching scary movies cause anxiety? Learn the answer below.

Taking a Look at the Statistics

You can probably think of anecdotal evidence of people experiencing anxiety during scary movies. Perhaps you’ve experienced a rush of anxiety after landing on a Halloween film, or maybe you avoid these movies altogether because of the distress they create for you. While it’s more than likely easy to think of a time when you or someone around you became anxious in response to a scary movie, if we want to discover the true link between scary movies and anxiety, it’s important to take a look at the research.

A 2019 report in Frontiers in Psychology explored decades of research on the topic of the psychological response to horror films. According to the report, a study in the late 1980s revealed that about half of women and a quarter of men had lasting fear after watching horror movies. Common anxiety symptoms included nervousness, sleep disturbances, and eating problems.

Additional studies described in the report revealed the following information:

Children seem to be especially vulnerable to the anxiety-provoking effects of horror films. Given the fact that their cognitive capacities differ from those of adults, young children may have difficulty recognizing that horror films are merely for entertainment. The emotion-provoking stimuli from horror films may stick with children for quite some time, making it critical for parents to provide guidance to children who watch these films. Children need to understand that the scenes depicted in scary films are fictitious and for entertainment value, and young children may need to avoid these films altogether until they develop the cognitive capacity to recognize them as being make-believe.

The Bottom Line on Anxiety and Scary Movies

Many people enjoy scary movies without any lasting negative reactions. They may have symptoms of fear and anxiety during the movie, but people who enjoy horror films are seeking these very thrills. Watching scary films can be thrilling, because it results in physiological arousal, as evidenced by elevated heart rate readings and changes in pulse among people who watch these films.

Research has found that there is a U-shaped relationship between fear and enjoyment during these movies. This means that low levels of fear are linked to low enjoyment, but there is a “sweet spot” at which a person reaches the optimal fear level and the optimal level of enjoyment. Once fear increases beyond this point, enjoyment declines.

This finding is relevant to the conversation on the link between scary movies and anxiety because those who are prone to anxiety tend to be especially reactive to physiological arousal. If you struggle with anxiety, this means that you may find scary movies to be upsetting or unpleasant.  Fortunately, if horror films aren’t your thing, there are other ways to enjoy the Halloween season. Activities like hay rides, apple picking, and carving pumpkins may be more relaxing for you.

If you find that mental health symptoms are interfering with your daily functioning, it may be time to reach out for professional intervention. Unrelenting symptoms of anxiety or depression could be a sign of an underlying mental health condition. For those who have not achieved relief through antidepressant medications, transcranial magnetic stimulation (TMS) may be a suitable treatment option. This non-invasive modality uses an electromagnetic coil placed against the head to gently stimulate areas of the brain linked to mood.

Pulse TMS offers this service in the Los Angeles area. Call us today to determine if you’re a good candidate for TMS services and to learn more about this treatment modality.

« 5 Things You Can Do To Improve Your Mental Health In The Morning Is High-Functioning Depression Really “High Functioning?” »