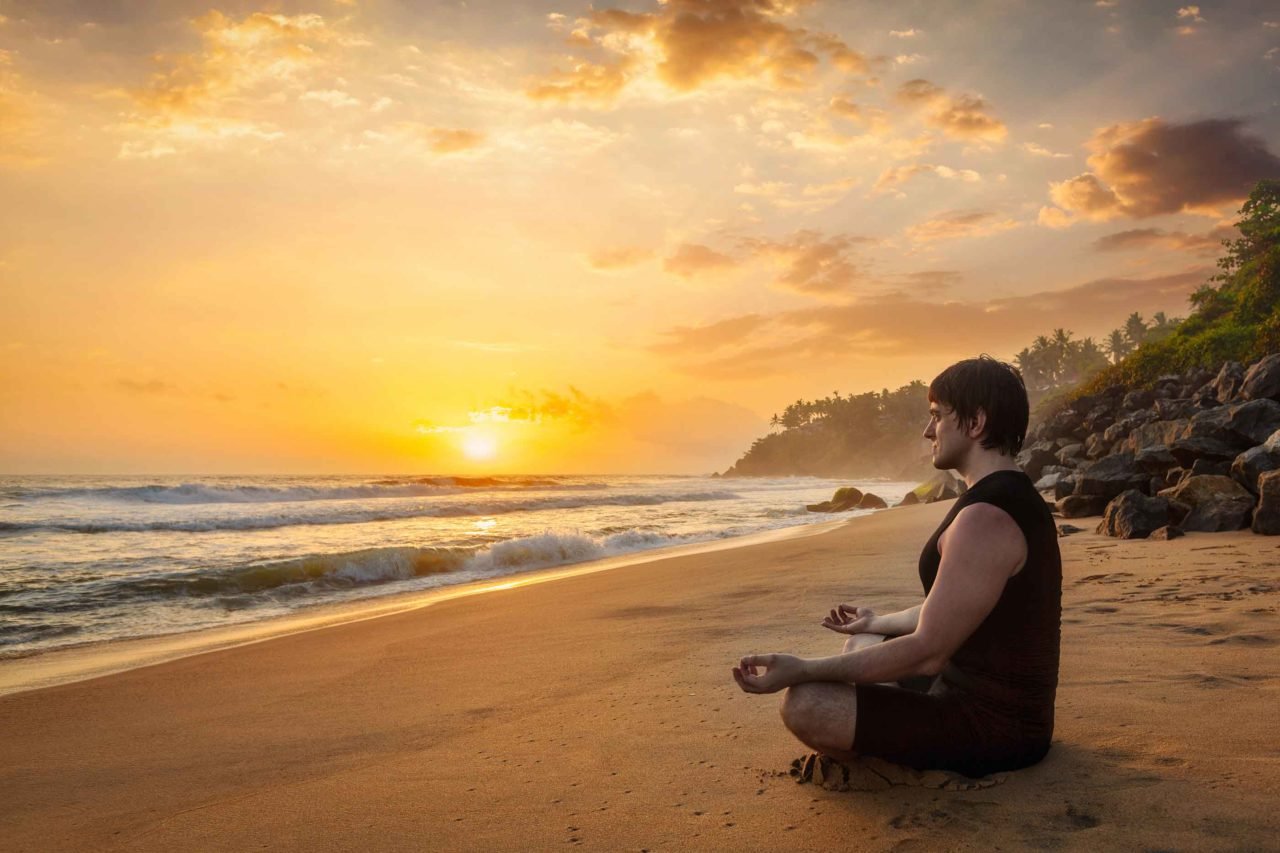 In the digital age, there’s no escaping alerts, announcements, and instant communication. Before tablets, computers, and smartphones became widespread, people had to tune in for news reports intentionally. Email wasn’t a thing; neither were text messages. Now, it’s hard to unplug, and its even harder to have time for yourself to think before answering or responding to someone. Worse yet, people have come to expect instant responses, adding to the pressure at work and home.

Studies from the American Psychological Association have found that Americans are more stressed than ever before, and most of it is related to upheaval in the political sphere. Politics are even affecting productivity levels. 29% of surveyed respondents claim they are less productive at work because they’re spending time on social media and reading news sites. Even worse, almost half of respondents have witnessed arguments at work stemming from political differences.

With our 24/7 plugged in, instant newsfeed in our pockets, it’s no wonder people are feeling more stressed, pressured, and worried about their place in the world than at any other time in history. In response, the medical and psychiatric communities have made July self-care month.

High-stress levels and an inability to ‘unplug’ can trigger mental health conditions, chiefly, depression. It is especially important for people who’ve already had an episode of depression to manage their stress levels. Without proper management, subsequent episodes can be triggered.

Increased and prolonged stress has direct, adverse effects on an individual and will naturally lower someone’s mood. High stress levels can affect a person’s cardiovascular system, their metabolism, and reduce the body’s immune system, leading to an increase in infections.

A high-stress level can lead to a lack of sleep, which is a known trigger for depression and other mental health disorders like bipolar disorder. Stress will also trigger adverse cognitive changes, such as a lack of concentration or brain fog. These experiences can be distressing for people with or without depression, and regardless of someone’s mental health history, it’s crucial for anyone to practice self-care. 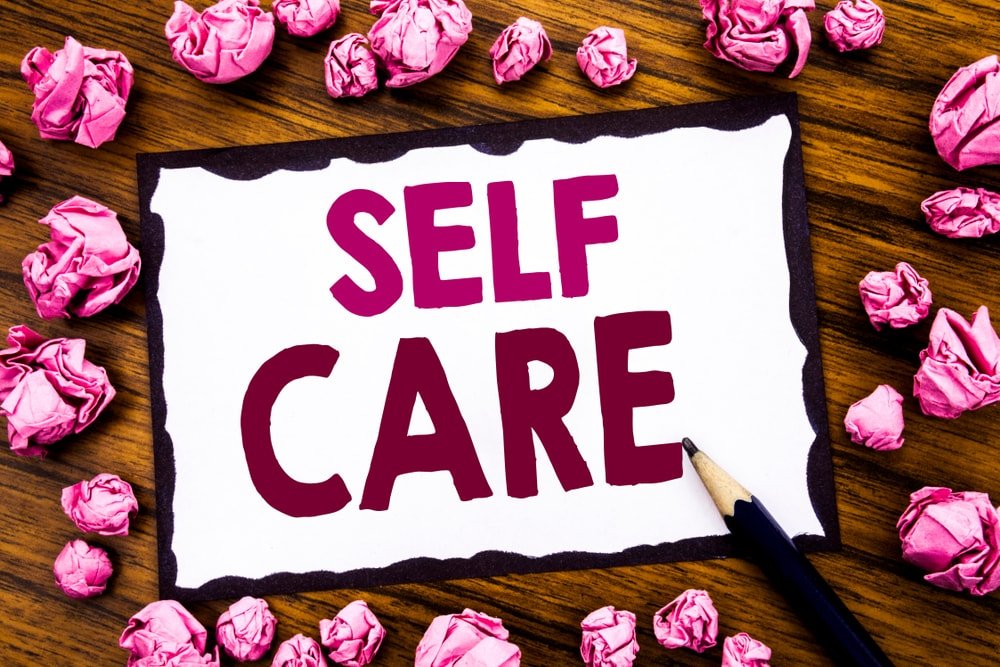 Self-care is personal and will look different for each individual, but the overarching theme is one in which the individual tends to their own needs before the needs of others. Self-care has its roots in drawing up and maintaining proper ‘boundaries’ with other people and systems. Self-care is a type of refueling as well, and even if it may seem selfish to those who are unfamiliar with the practice, it’s not. If someone is unable to care for themselves, they can’t perform their best at work nor home. A lack of self-care will wear on a person, and eventually cause them to get sick, either physically or emotionally.

What are some examples of self-care and ways to take care of physical and mental health?

There are several things people who are stressed can put into practice to reduce tension and the risk of developing depression and anxiety.

Unplug from the Internet of Things

Concerning an oversaturation of negative stressful news or social media, an example of self-care would be unplugging from the online world for a certain amount of time. It could be for as a little as a week or two, or setting a hard limit on how much social media or news someone can consume in a day. A person who is stressed by online news and communication can instill a cut-off time of 5 p.m., after which, no more social media or news for the day.

Schedule Out Work vs. Play

Another example would be only taking calls or responding to emails at certain times. Feeling like you must be ‘on-call’ 24/7 can be exhausting and an example of poor boundaries. Survey respondents who continuously check social media or email throughout the day feel more stressed than those who don’t. For people who are prone to anxiety and depression, putting in hard limits to how often they check email or social media can significantly lower stress levels, reducing their chances of having a relapse of depression or an anxiety attack.

Meditation has been shown to significantly increase a person’s well-being and reduce stress levels, too. Research has suggested that meditation has a positive effect on people who have ulcerative colitis, high blood pressure, and depression and anxiety. Instead of checking social media, replace that time with a meditation session. Mindfulness is another great way to stimulate the brain in a way that will relax you immediately and long-term.

Exercise, and getting out in nature can lower stress levels, too. Exercise alone has numerous health benefits, such as lowering blood pressure, reducing weight, increasing muscle tone, and improving mood and decreasing anxiety levels. Research has found that exercise works as a preventative measure against depression. People who have a history of depression and want to practice self-care should incorporate exercise into their routine. As little as 20 minutes per day has been shown to have a positive net-benefit on people’s mood and physical well-being.

Also, studies have shown that walking in nature, not a high-traffic urban area, can reduce activity in regions of the brain that are responsible for depression.

The great news is that you can combine your new cardio regiment along with meditation and breathing techniques. When cooling down, you can implement the 4-7-8 Breathing Technique. This breathing method helps you get more oxygen throughout your system while also helping the body relax after a workout. Doing this type of breathing stimulates the vagus nerve, which helps to regulate your heartbeat.

Why TMS therapy is the ultimate in self-care practices

While implementing basic self-care is essential for preventing an episode of depression, sometimes it’s not enough. Furthermore, about 30% of people who’ve sought pharmacological treatment for depression were unable to find any relief. For those who’ve had no results from medical treatment for their depression, the medical community deems this kind of stubborn depression ‘treatment resistant.’

Fortunately, TMS, or Transcranial Magnetic Stimulation therapy, is extremely effective for people who are suffering from depression. Unlike medicine, TMS therapy has none of the adverse side-effects currently found with SNRIs and SNRIs, such as weight gain or loss of libido.

TMS works by placing a magnetic coil against the patient’s head, where magnetic stimulation is sent to regions of the brain responsible for regulating mood. With TMS, patients are alert and do not have to take anesthesia, which comes with its own set of risks. Patients can receive treatment in as little as an hour, and go straight into work if they so choose.

TMS is quick, painless, and proven safe and effective for people with treatment-resistant depression or for those who suffer from horrible side effects from pharmacological treatment methods.

For July, practice self-care to reduce stress levels and prevent depression and anxiety. If you or someone you care about is suffering from treatment-resistant depression or is having horrible side effects from antidepressant medications, speak to your doctor about TMS therapy and practice the ultimate in self-care.