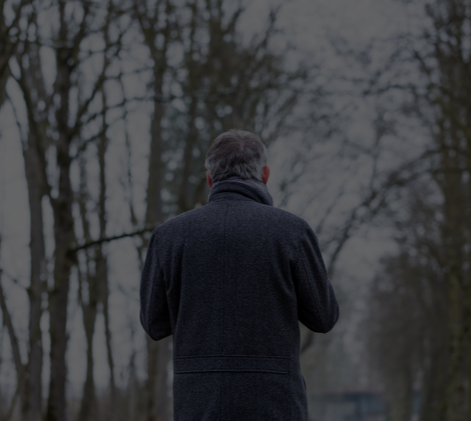 Give the Gift of Wellness: Understanding Seasonal Affective Disorder (SAD)

Winter is a time for merriment, family gatherings, and bundling up to weather the elements. But it can also be a period of profound depression for those affected by Seasonal Affective Disorder, or SAD.

Sometimes reductively referred to as the “winter blues”, SAD is so much more than just a fleeting feeling brought on by inclement climate conditions; it’s a recurring condition that must be studied, addressed, and confronted.

If you are battling any form of depression, it matters to us. But before we can assess the right course of action, let’s define this particular manifestation of the phenomenon…

What Is Seasonal Affective Disorder?

During the winter months, we experience less sunlight than during the other seasons. Those UV rays, when received in moderation, are actually healthy; our bodies process sunlight and convert it into Vitamin D.

This vitamin deficiency is just one of the possible causes of Seasonal Affective Disorder. Those afflicted by the condition tend to produce an overabundance of melatonin as the days grow shorter. The ensuing darkness disrupts your sleeping habits, thus exacerbating the already prevalent feelings of fatigue and depression.

In addition to increased levels of melatonin, SAD sufferers also test five percent higher for serotonin transporter proteins during the winter. This buildup actually blocks the flow of serotonin back to the synapses of the brain, where they are needed to properly process the mind’s optimal functionality. This leaves the brain vulnerable to negative thoughts and cognitive atrophy.

The Statistics Behind the Sadness

If you experience an unnatural level of sadness during the holidays, it might not be situational but rather seasonal… and you’re not alone. An estimated 10 million Americans succumb to SAD every year, and up to 20 percent of our nation’s populace have reported mild episodes of Seasonal Affective Disorder.

So, who is most likely to be diagnosed with SAD? It varies greatly, but heredity may be an indicator. 55 percent of patients diagnosed with the disorder report having relatives with similar depression issues and 34 percent of them come from families in which alcoholism and/or substance abuse plays a factor.

SAD affects women at a rate that is four times higher than that of their male counterparts. The typical age of onset is between 18 and 30, but a change of environment can escalate the progression of Seasonal Affective Disorder for people of any age.

The Telltale Signs of SAD

While our lifestyles often slow down during the colder half of the year, it’s important to distinguish between the typical winter doldrums and something more pronounced. The symptoms associated with Seasonal Affective Disorder are numerous, but the following bullet points may offer some insight into the peculiarities of SAD:

While the severity of SAD ranges immensely, it should never be taken lightly. Up to 6% of those afflicted require hospitalization for the worst symptoms of the condition. That’s why it’s important to treat Seasonal Affective Disorder before it becomes a major medical issue.

The aforementioned accumulation of serotonin transporter proteins can have disastrous and detrimental effects on your brain’s ability to do its job. By stimulating the flow of neurotransmitters, we can activate proper cerebral health and functionality.

Transcranial Magnetic Stimulation (TMS) is a non-invasive procedure that promotes synaptic wellbeing and optimal brain chemistry. A coil is affixed to your head that conducts a flow of electricity through your scalp, which stimulates your brain’s natural ability to process the chemicals within its neurological structures.

No anesthesia is required, no injections or incisions are made, and no hospitalization is necessary. Your TMS professional will administer treatments over the course of six to eight weeks to help counteract the damaging symptoms of Seasonal Affective Disorder or any other depressive condition for which you are seeking relief.

Our team has achieved wondrous success in the diagnosis and treatment of a wide range of mood disorders. If you or a loved one is suffering from SAD, please don’t hesitate to reach out for help. Together, we can make this holiday season a truly magical time, free from depression and the chill of winter blues.