How Does Exercise Help Depression?

How Does Exercise Help Depression?

Depression is a serious mental health disorder that affects millions of people worldwide. There are several known risk factors and causes of depression, but it isn’t something that a person chooses, nor can they just “snap out of it.” Simple lifestyle changes won’t “fix” someone’s depression. But they can help tone down symptom severity and give depression sufferers a boost of self-confidence. However, it’s important not to confuse beneficial lifestyle changes with a “cure” for depression.

Is there a cure for depression?

It’s essential that people understand that depression isn’t something that can be cured. It is a chronic disorder, like diabetes, hypertension, or arthritis. As is the case with many chronic physical conditions, diseases like depression can flare up, sometimes without cause. In many instances though, certain situations, events, or lifestyle choices can trigger depression symptoms. The same process happens in many chronic physical conditions too. For example, a person with type two diabetes cannot eat sugary foods and refined carbohydrates without worsening their symptoms. Arthritis patients cannot sit in unnatural, uncomfortable positions for long without feeling pain.

Also, people with depression, just like people with a chronic physical ailment, must make plans and choices to maintain their mental health. Taking on too many stressful responsibilities, not getting enough quality sleep, or remaining in an abusive situation can trigger depression symptoms or worsen already existing symptoms. It is crucial that people with depression understand the chronic nature of the disorder, and take the steps necessary to maintain their health. 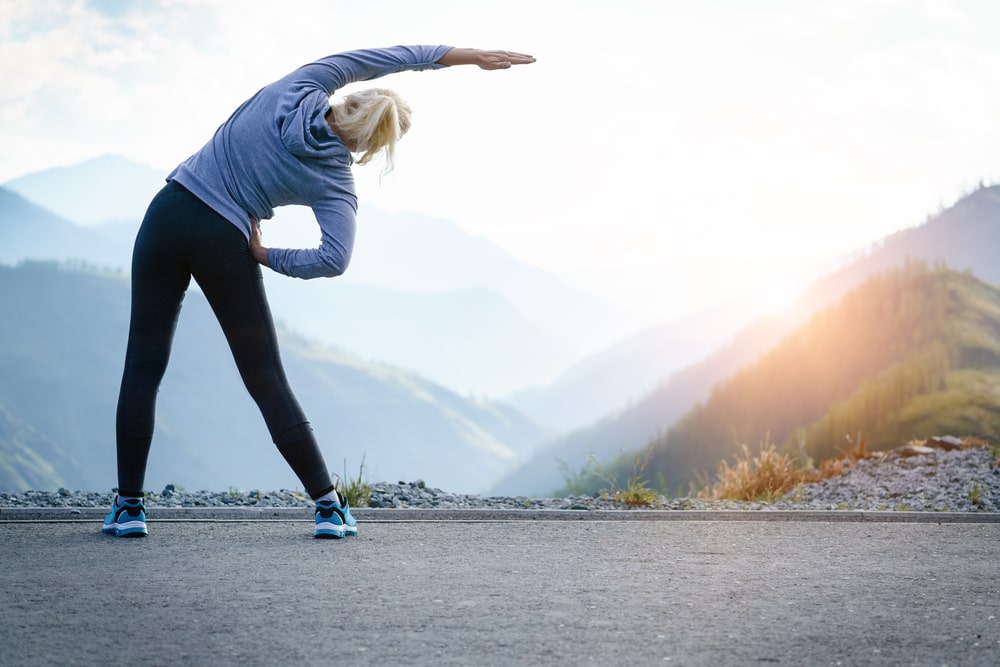 What can be done to alleviate and manage depression symptoms?

Fortunately, there are many options available for symptom relief. Depression is a disorder that affects a person on a physical, mental, emotional, and behavioral level. Alleviating the symptoms and managing the disease requires patients and their doctors to approach treatment with a multi-pronged attack. Patients usually need a combination of medication, talk therapy, and personalized maintenance plans established and followed through on for adequate symptom relief and to minimize the risk and severity of recurrence.

How does exercise alleviate symptoms of depression?

There isn’t a single cause of depression, but the disorder is triggered by a combination of neurochemical imbalances, genetic risk factors, temperament, and adverse negative events.

Exercising and physical activity causes the body to release natural, feel-good chemicals and endorphins that enhance a person’s mood and well-being. This exercising side-effect is often referred to as a “runner’s high.” In people with depression, exercise can temporarily lift their mood. A quick mood-lift isn’t the only benefit depression sufferers can get when they exercise.

Some of the most common emotional symptoms of depression are feelings of low self-worth and poor self-esteem. Creating an exercise regimen and sticking to it can give depression sufferers a sense of accomplishment, which can alleviate symptoms of self-loathing and poor self-esteem. Also, exercising and working out can improve a patient’s physical appearance, which can also give them an added boost of self-confidence. Taking time to exercise also helps take a patient’s mind off their fears, worries, and anxieties that are common symptoms of depression.

Another common depression symptoms is social isolation and withdrawal. For depression patients, joining an exercise group gives them a chance to socialize and interact with other people. Even if patients don’t socialize, getting outside of the house and into the community can temporarily lift a person’s mood and prevent them from ruminating.

In therapy, depression sufferers are encouraged to manage their symptoms with positive methods. Untreated depression can cause patients to engage in harmful, negative activities as a way to alleviate their pain. Replacing maladaptive activities like drinking or getting high to manage depression with exercise can prevent other, adverse consequences from happening.

A significant percentage of people who enter rehab for drug abuse and addiction are also suffering from depression. It is a known fact that untreated depression increases a person’s risk of trying drugs or engaging in problem drinking to cope. Exercise is a much healthier, more beneficial activity for dealing with symptoms.

How often should someone with depression exercise?

Depression can zap a person’s energy and motivation. For people with depression, it’s often best to start small and scale their way up to longer work out sessions. Exercising three to five times per week for a half hour each time is ideal. But short, fifteen-minute bursts of activity are better than no activity at all. Patients will experience a more intense “runner’s high” if they engage in more rigorous activities, such as cycling or running. But again, even less vigorous activity is better than nothing.

Who can most benefit from exercising when depressed?

Anyone with diagnosed clinical depression can benefit from physical activity. It is safe for children, the elderly, and pregnant women to exercise. Of course, pregnant women and the elderly will need to engage in gentler activities, such as brisk walking or swimming instead of running or weight lifting.

Exercising is a proven way to temporarily lift mood, build confidence, and prevent depression sufferers from socially isolating themselves. It’s essential for depression patients to check with their doctor first before beginning an exercise regiment. Their doctor will be able to tell them how much and what kinds of physical activity will be the most beneficial for their needs.

If you or a loved one are suffering from depression, there is help. The dedicated mental health professionals at Pulse TMS are standing by to answer your questions about how effective deep brain stimulation techniques can alleviate the symptoms of depression. Please contact Pulse TMS today to explore your options for treatment.