What Are the Consequences of Not Addressing Treatment-resistant Depression?

Millions of people worldwide suffer from clinical depression. It is a debilitating disorder that impairs a person’s ability to function on a physical, emotional, mental, and behavioral level. While the disease is painful and often overwhelming, there are a lot of treatment methods available for depression sufferers. More than half of people with depression will respond favorably to antidepressant medications combined with talk therapy. But for some patients, antidepressants and talk therapy aren’t enough to alleviate their pain. For these patients, deep brain stimulation treatment for depression can alleviate stubborn, medication-resistant symptoms.

What is treatment-resistant depression?

When a patient tries at least one antidepressant medication and does not experience any significant reduction in symptoms with adequate dosage and duration, they may be suffering from treatment-resistant depression. It is possible for patients to try another antidepressant and find adequate relief. But for most patients, not getting any relief from symptoms after trying just one medication is a reliable indicator that they have treatment-resistant depression. Fortunately, there are other, non-invasive and highly effective techniques that patients can try to alleviate their symptoms even if medications are ineffective.

Why else would someone not be able to use medications for depression?

What can be done for people with treatment-resistant or severe depression? 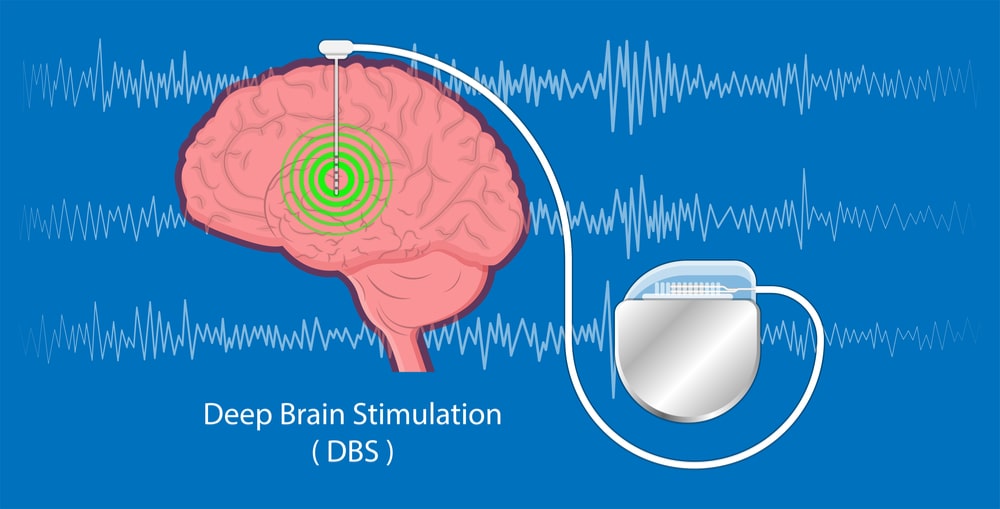 What are the consequences of not using deep brain stimulation techniques for depression?

In severe, untreated cases of depression, patients are at high risk of harming themselves or committing suicide. Worldwide, every 40 seconds a person commits suicide. It is the eleventh leading cause of death in the U.S. Suicide is 100% preventable with treatment and intervention. Although middle-aged and senior men are the most at-risk of committing suicide, suicide rates are climbing in teenagers and young adults. Ignoring depression, or hoping it will “just go away” on its own is a risk that patients should not take.

While depression symptoms can dissipate without treatment, it is impossible to predict how bad the disease can become. Suicide is finality and isn’t something that can be reversed. Also, leaving depression alone and letting symptoms run their course will make future episodes of depression worse. Early intervention for people with severe or treatment-resistant depression with deep brain stimulation techniques will lead to more favorable outcomes for the patient.

How do ECT and TMS work?

Depression symptoms affect every facet of a person’s life. They will experience the physical, emotional, mental, and behavioral manifestations of the disease. However, the disorder is rooted in neurochemistry, unique genetic factors, temperament, and environmental triggers. While ECT and TMS can’t fix genetic or temperamental vulnerabilities, they can help with the neurochemical side of depression, which is what antidepressant medications do as well.

Research into the biochemical roots of depression has found that depressed patients have fewer neurotransmitters in their brains than non-depressed patients. These chemicals – norepinephrine, dopamine, and serotonin, play a significant role in depression symptoms.

Antidepressants prevent the brain from reabsorbing these important neurochemicals. This process keeps the neurotransmitters in the brain for longer, alleviating depression symptoms. With deep brain stimulation techniques, the methods involve flooding the brain with these natural chemicals quickly.

The main difference between how deep brain stimulation techniques and how antidepressant medications work has to do with the time it takes for treatment to work. Patients who take antidepressant may have to wait for a month before they experience any significant relief. With deep brain stimulation techniques, patients experience relief immediately. Subsequent treatment sessions of either ECT or TMS can induce complete remission of symptoms.

ECT treatment sessions last about one hour from start to finish, and are effective for alleviating depression symptoms in up to 90% of cases. Patients are sedated and given muscle relaxants during the procedure. Electrodes are placed on the patient’s head, and an electric current is passed to the electrodes, inducing a small seizure. This process causes the brain to produce dopamine and serotonin, which alleviate depression symptoms. Patients will need to recover for 30 minutes after the procedure before they can leave the hospital. They are not able to drive after the procedure, and must not be left alone at night after a procedure. Although the treatment is highly effective, many patients may prefer less invasive methods for treating their depression.

During TMS treatment sessions, patients are not sedated. The process uses a strong, magnetic coil placed over some regions of the brain that are thought to play a role in depression. A magnetic pulse is delivered to these areas of the brain. Patients can drive and go to work after a session is completed, and the side effects of the procedure are minimal.

According to the World Health Organization (WHO), depression is the leading cause of disability around the globe. Most people with major depression feel better with talk therapy and medication, but up to 30% show little or no improvement. If they don’t get the help they need, the consequences can be serious.

What Are the Risks of Not Addressing Treatment-Resistant Depression (TRD)?

When depression goes untreated, it has lasting consequences, including these:

Are There New Ways to Treat TRD?

There were no new drugs for hard-to-treat depression for years. In 2019, the FDA approved intranasal ketamine, a medication that evoked a positive response in 44% of participants within 24 hours. Only 6% of those given a placebo showed improvement. The nasal spray version of the drug is still very expensive, so doctors often use injections.

For decades, electric convulsive therapy (ECT) was the tried-and-true method of treating depression that didn’t respond to other interventions. Although it’s considered safe, it can have unwanted side effects, such as memory loss. A relatively new alternative, transcranial magnetic stimulation (TMS), is now available.

In 2016, Psychiatric Times reported on the latest research on TMS and depression. Despite the effectiveness of electroconvulsive therapy for treatment-resistant therapy, patients are likely to prefer TMS, especially when their insurance company pays for it. Researchers say the differences in benefits between the two are not statistically significant for most depression patients.

Unlike ECT, TMS is non-invasive, requires no hospital stay, and causes only mild side effects. Patients can attend sessions and return to work or school for the rest of the day. Researchers think TMS AND ECT affect activity in the brain’s frontal lobe, enabling it to connect and communicate with deeper parts of the brain.

If you or a loved one needs depression treatment in Southern California, Pulse TMS can help. Contact us today to meet our experienced team and learn more about the services they provide.