Depression and its unipolar varieties are one of the oldest emotional and psychological illnesses known to man. Currently, the World Health Organization estimates that over 300 million people across the globe suffer from the disease.

Symptoms of depression are behavioral, emotional, and physical. Sufferers experience a marked change in mood, outlook, and habits. They may go from being outgoing and confident, to negative and socially withdrawn. Depression can cause someone to quit their job, stop going to school, or divorce their spouse. The disease wreaks havoc on a person’s personal and professional life, and can also cause physical symptoms, such as aches, muscle pains, severe fatigue, and slowed movements.

Since written and recorded history began several millennia ago, depression has been diagnosed, treated, and studied. The first recorded instance of the disease was written in Mesopotamian texts in the second century B.C. Understandings of mental illnesses were rudimentary, at best. Ancient Mesopotamians, Chinese, and Egyptian civilizations thought demonic influences caused depression. Depression sufferers were exorcised by priests, shamans, and religious leaders and authorities.

Treatments in societies where mental disorders were thought to have their origins in the demonic world and the dark arts were barbaric. Sufferers were put in leg irons, beaten, or starved. In medieval Europe, people thought to have depression were also drowned or burned as witches. Medieval Europeans thought the disorder was contagious, and all sufferers needed to either be destroyed or locked away like prisoners.

While the majority of ancient and medieval societies believed depression was something caused by demons and witchcraft, there was always an alternative, enlightened school of thought running throughout recorded history. The ancient Romans and several Greek physicians thought depression was a mental disorder, caused by grief or blood and bile imbalances. The cure was exercise, music, hydrotherapy, or a primitive form of behavioral therapy, where good behavior was rewarded.

Physicians believed depression had its roots in a specific triggering event or a physical imbalance of the bodily humours. Hippocrates used bloodletting as a way to restore the humours in depressed patients.

During the Renaissance in Europe, spanning the 15th through the 17th centuries, treatments and views of depression were highly polarized. Most of society believed people with depression were witches and demons, and burnings and executions were commonplace. However, the medical communities and professions at the time still carried the view that depression was a brain illness, and people with mental disorders deserved fair and humane treatment for their afflictions.

Robert Burton, an Anglican clergyman, wrote and published the Anatomy of Melancholy in 1621. In it, he asserted that depression had specific causes, such as poverty, fear, and isolation. Burton suggested music, bloodletting, travel, herbal medicines, and even marriage as a cure for the disorder. 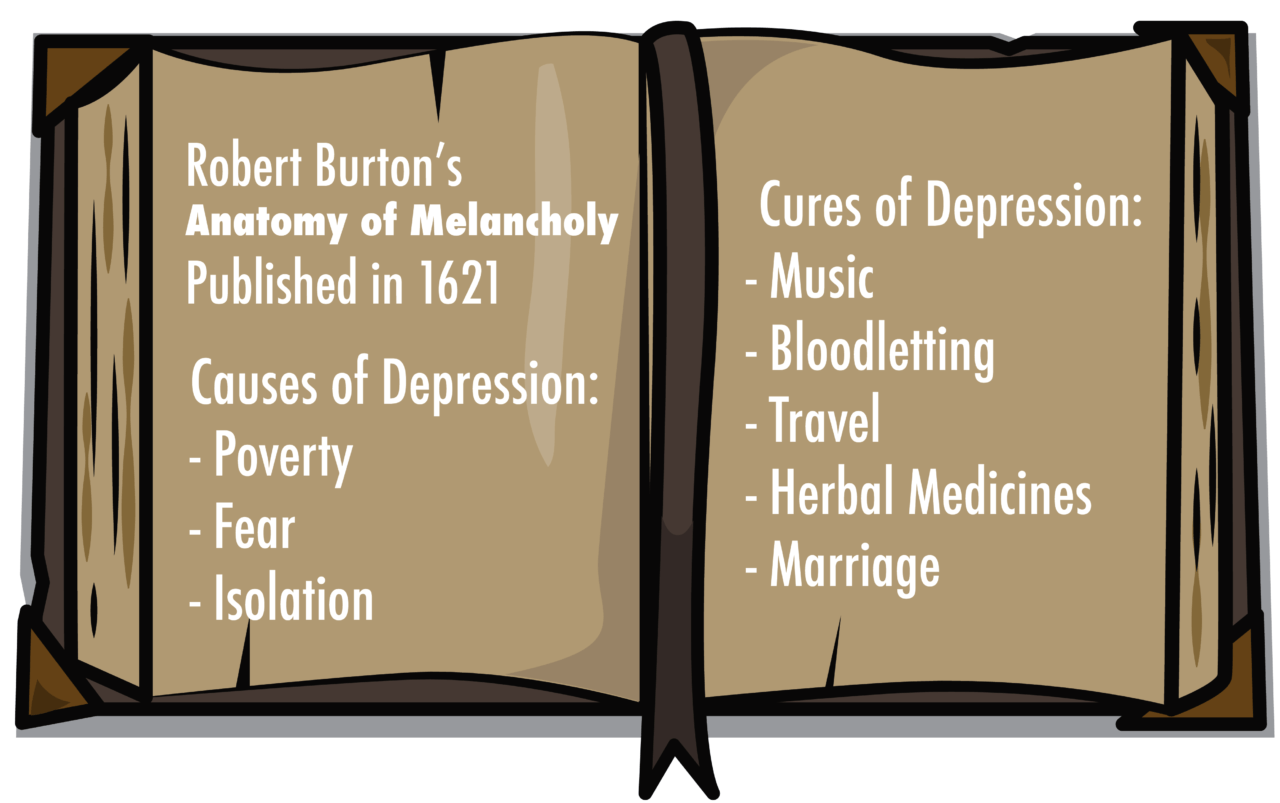 In the 18th and 19th centuries, views on depression took a rather grim turn. During this period, people with the disorder were thought to have a weak temperament which was inherited; therefore, there was no cure and nothing anyone could do for people with the disease. Patients were locked up in asylums or condemned to a life of poverty and homelessness.

In the latter part of the 19th century, the medical community began to experiment with different techniques for treating the disorder. Immersion therapy, spinning stools, lobotomies, and electroshock therapy (ECT) were all invented and deployed at this time.

Lobotomies and ECT were in their infancy, and use was primitive. Lobotomy patients were sometimes rendered comatose or even killed with a botched procedure. With ECT, inexperienced doctors sometimes used too high of a voltage or failed to take necessary safety precautions which are commonplace with the practice now.

In the early 1900s, Sigmund Freud proffered the theory that depression had its roots in the concept of ‘loss,’ either real or perceived within the patient’s subconscious. Freud was one of the first psychologists of the modern era who developed a form of talk therapy for depressed patients. During Freud’s time, other schools of thought, mainly physicians, still believed depression had its roots in imbalanced brain chemistry. 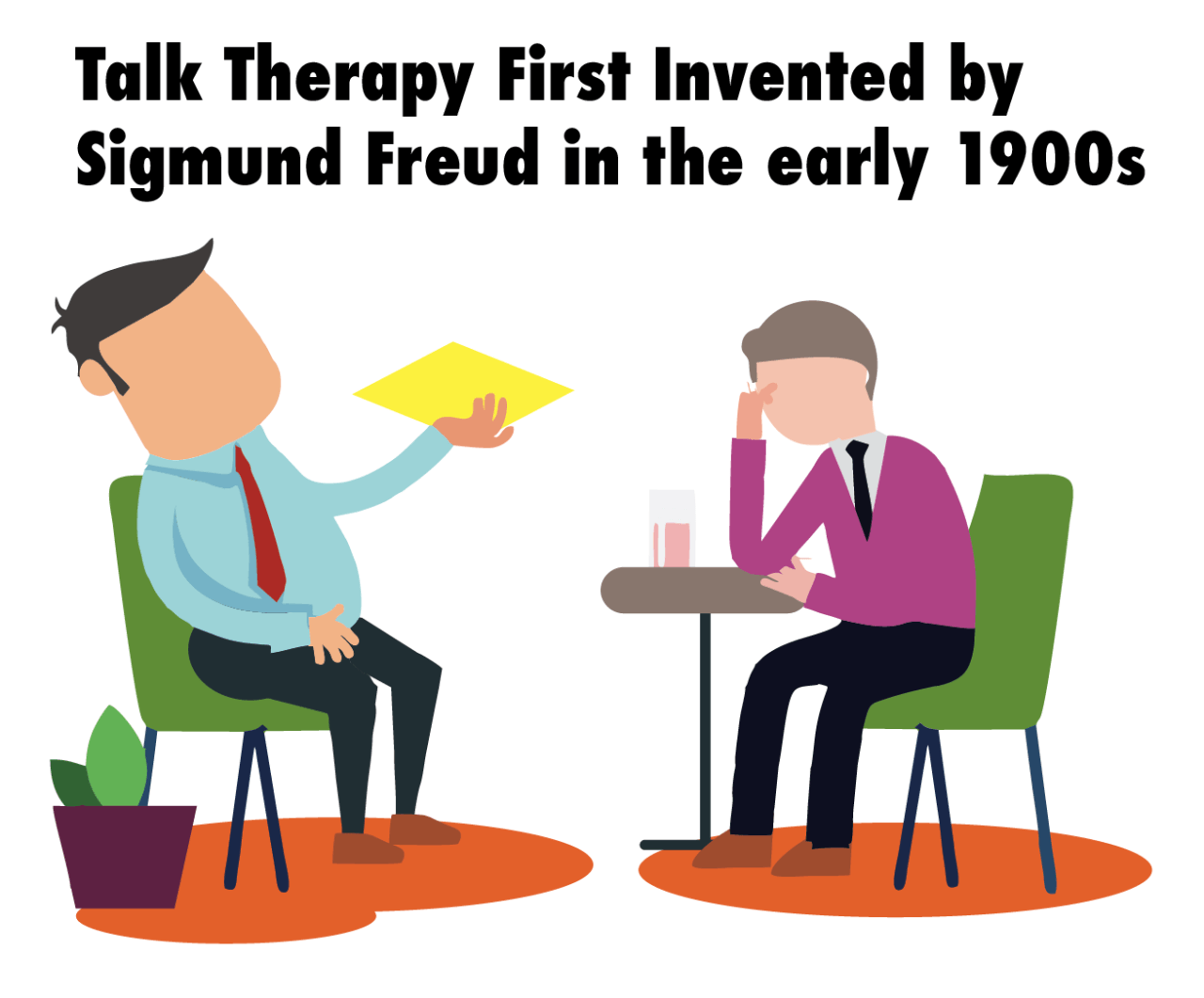 During the 1950s and 1960s, diagnosis and treatment for depression made significant headway within the scientific and medical communities. Doctors noticed a drug used to treat tuberculosis was having a positive effect on patients with comorbid depression. At this time, doctors began to study the effects of pharmacology on the disorder. Drugs were developed and deployed in treatment methods for the disease.

After centuries of back-and-forth between depression as caused by a chemical imbalance and depression rooted in an emotional response to outside stimuli, doctors started treating depression as if both things caused it. Medications, along with talk therapy, were first used for depressed patients during the mid to latter half of the last century. The practice still holds.

At this time as well, depression started to be classified into subcategories.

Anxiety and panic attacks can sometimes trigger an episode of depression. While these subcategories have always existed, it wasn’t until the middle of the 20th century that doctors, therapists, and scientist began to actively recognize and classify the different symptoms and triggers of these depressive subtypes.

With this practice of subcategory diagnosis in place, doctors can now tailor and customize more effective treatment options for their patients. Modern medicine doesn’t view depression as an either/or disease. Environmental triggers, genetics, temperament, and physical and chemical causes can all trigger a depressive episode. Having a close relative with the disorder, having an emotional or sensitive disposition, and experiencing a stressful event have all been found to kick-start a depressive episode in at-risk individuals.

With a better understanding of the disease, patients are no longer abused and isolated from society. They are treated with medications, brain stimulation techniques like ECT or TMS, and behavioral and talk therapy sessions.

Depression, unfortunately, does not have a cure. But, these techniques and treatment options are incredibly effective at alleviating a patient’s symptoms. Like any other chronic illness, depression requires ongoing care and maintenance to prevent a relapse. After initial treatment and remission, average relapse rates for patients who’ve experienced one depressive episode is 50%. For patients with two episodes, relapse is at 70%, and for those with three or more, relapse rates are as high as 90%.

Despite the high risk of relapse, having a prevention plan or maintenance plan is crucial for the patient’s safety and well-being. With adequate procedures in place, doctors and patients can either prevent a relapse from ever occurring or substantially limit the severity and duration of a relapse. 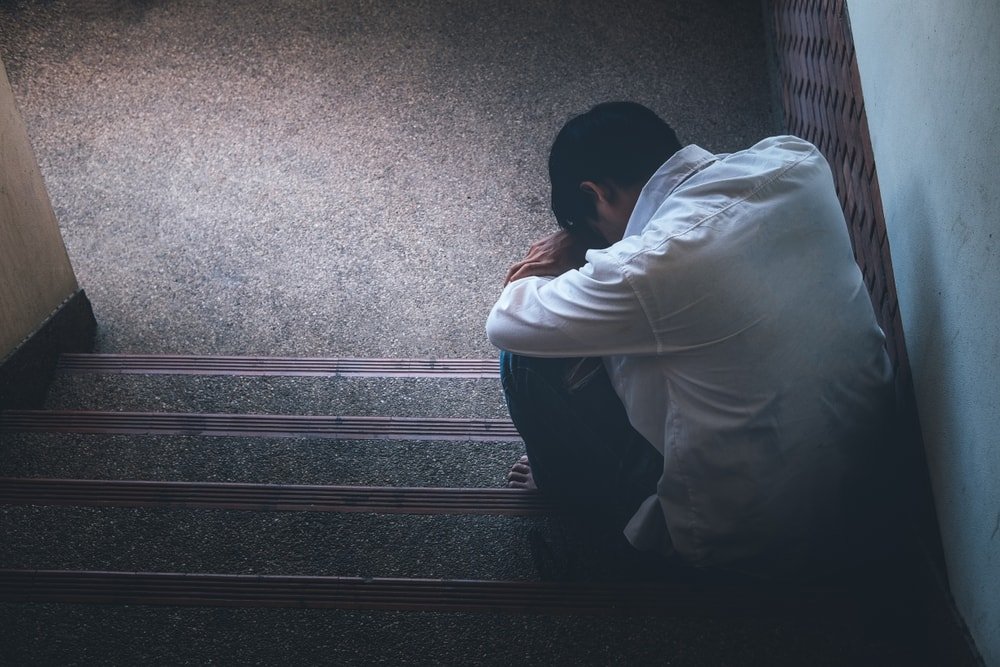 Since depression is an incredibly complex disorder, with different subcategories and symptoms that vary by individual, treatment plans may take months or years of experimenting to get right. While most patients do respond well to current antidepressant medications and therapy, about one-third will have treatment-resistant depression. 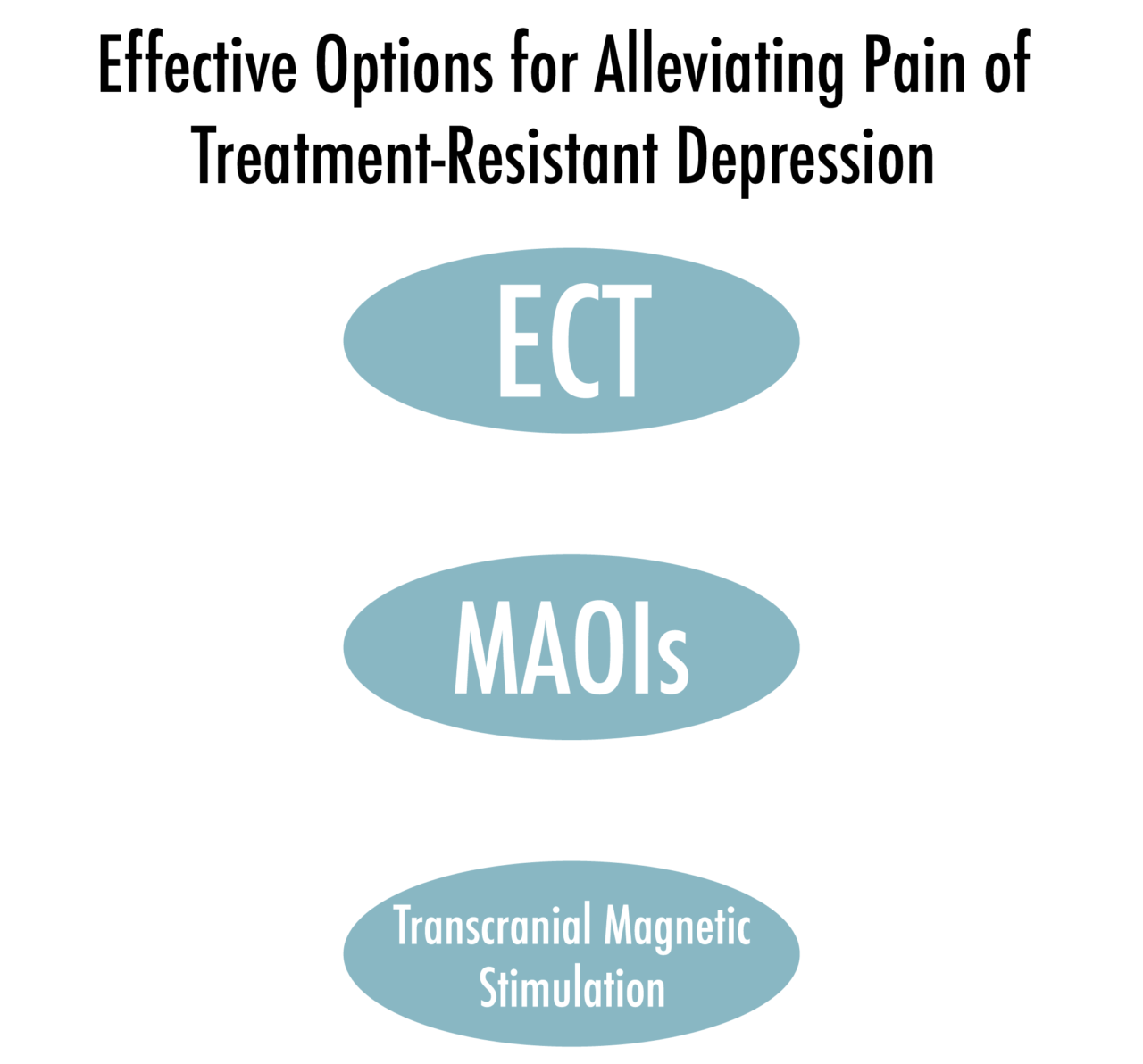 With ECT and TMS, patients aren’t subjected to some of the more unpleasant side effects of medications. TMS is also non-invasive and is a quick and simple outpatient procedure. Magnetic coils are placed onto the patient’s forehead, where electromagnetic pulses are aimed at areas of the brain responsible for mood and emotional regulation. TMS is painless, and studies indicate that for the majority of patients, TMS dramatically reduces depressive symptoms where medications and therapy have failed.

What is the current state of depression in the U.S.?

The World Health Organization and the UN all recognize depression as a severe disorder, affecting millions of people per year. Depression and suicide create a ripple effect. For every suicide, up to 8 people are directly affected. While there are numerous and effective treatment methods for the disorder, depression rates are on the rise. Studies of U.S. adults, those aged 12 and older, show depression and all of its subcategories rising since the early 2000s. Depression amongst children, teens, and young adults have grown the most, while suicide attempts amongst middle-aged men have skyrocketed.

Women are also more likely to receive a diagnosis in their lifetimes than men. Two subcategories of depression, postpartum and PMDD, are unique to women. On average, a woman will experience more trauma and stressful, adverse life events than a man, increasing her risk of developing the disorder. 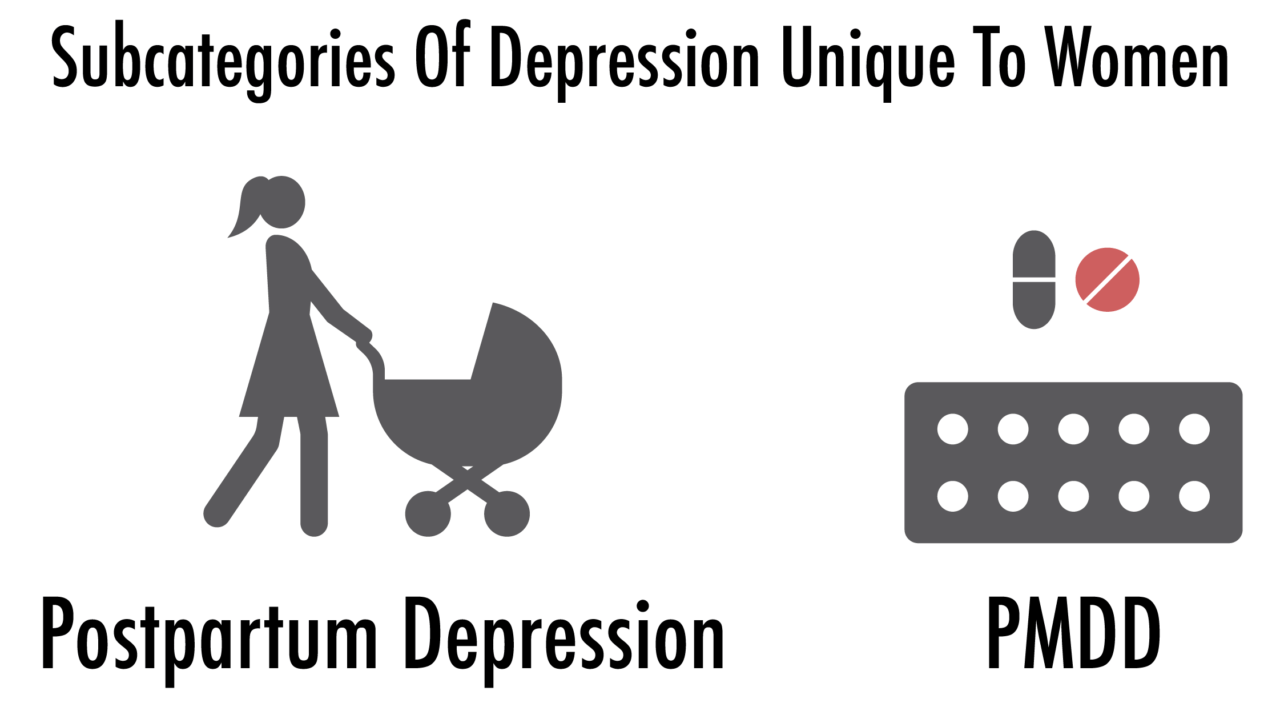 Comorbid disorders are also on the rise. Anxiety, along with suicidal ideation and self-harm, and drug addiction have all increased, leading to more depressed adults within society. Government authorities, federal and local, have been teaming up to bring more easily accessible mental health resources to at-risk communities and demographics.

For example, poverty plays a role in depressive rates. But, it is still unclear whether poverty is the trigger or perpetrator of depression. Surveys indicate that in places with high rates of depression and other mental disorders, that these places are also impoverished.

In Appalachia, one of the poorest regions in the U.S., up to 15% of the adult population suffers from a mental health disorder. But, authorities believe high rates of depression in places like Appalachia may have more to do with the fact that people in impoverished areas don’t have the resources or access to treatment that wealthier populations do. Therefore, it’s possible that poverty isn’t necessarily the cause of depression, but may, in fact, indicate that it prevents people from getting help for their symptoms.

What have recent studies discovered about the disease?

Recent studies indicate that depression is even more complicated than initially believed, involving many areas of the brain. Brain imaging scans suggest that changes in the brain, along with environmental stressors, converge into a ‘perfect storm’ to trigger a depressive episode in at-risk populations.

While it is true that an imbalance of brain chemistry is a significant factor in depression, specific areas of the brain may also play a role in its occurrence. Dopamine, norepinephrine, and serotonin are neurotransmitters, or chemicals that regulate mood, and energy. An imbalance here can cause depressive symptoms. Modern medications, SSRIs, and SNRIs rebalance these chemicals. 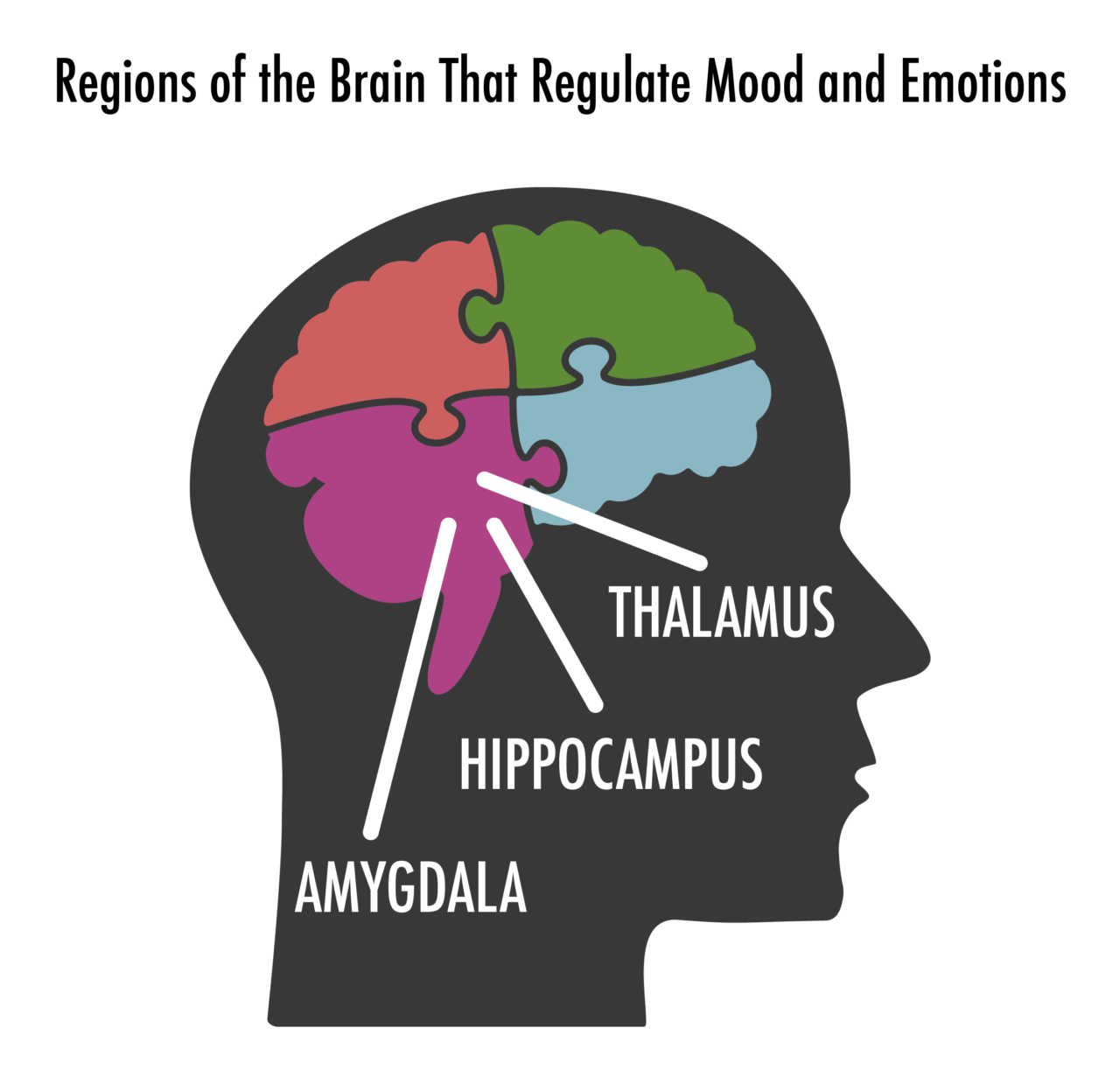 But, research shows that regions of the brain, the amygdala, hippocampus, and thalamus, all play a role in mood and emotional regulation. TMS can target these specific areas of the brain and is one of the reasons why the treatment is so useful when medications fail.

Twin studies have also found a genetic prevalence of mental health disorders. An identical twin whose sibling has a mental health disorder has a 60% to 80% change of developing the condition as well. In fraternal twins, the risk is 20%. Individuals with a first-degree relative who has depression have a 1.5% to 3% greater chance of getting the disorder than people with no genetic history of depression. 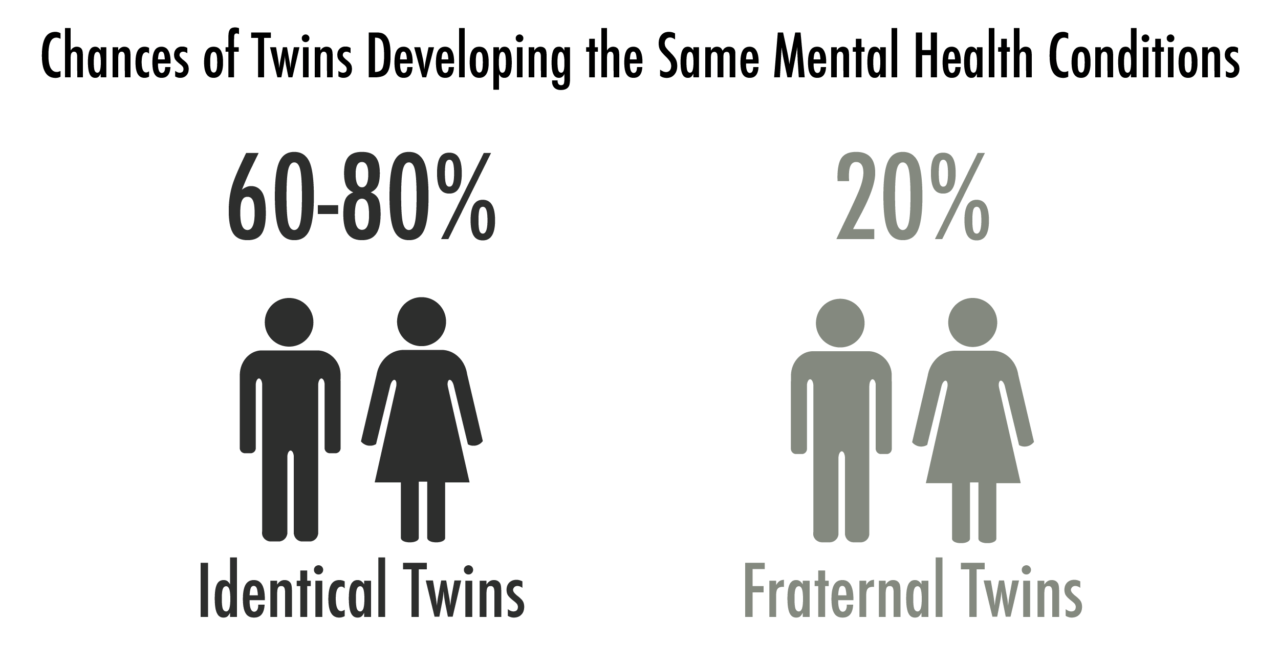 Psychologists have found that a person’s temperament may also influence their risk of developing depression. People who withdraw from the world, who isolate themselves, or who hold negative assumptions about the world or others have a higher risk of experiencing depressive symptoms. But, behavioral and emotional regulation can lessen the chances of depression if a person is aware of their tendencies.

Also, stressful events are known triggers. In these cases, psychotherapy can help individuals regulate their emotions and responses to adverse events and situations, limiting the occurrence of depressive symptoms.

Despite the prevalence and severity of depression, modern medicine and advances in brain imaging and technology have developed numerous, practical techniques for managing the disorder. Cutting-edge, painless and noninvasive methods like TMS can quickly treat the symptoms of depression and help patients regain their well-being. If you or someone you love is suffering from depression, don’t hesitate to reach out and get help today.